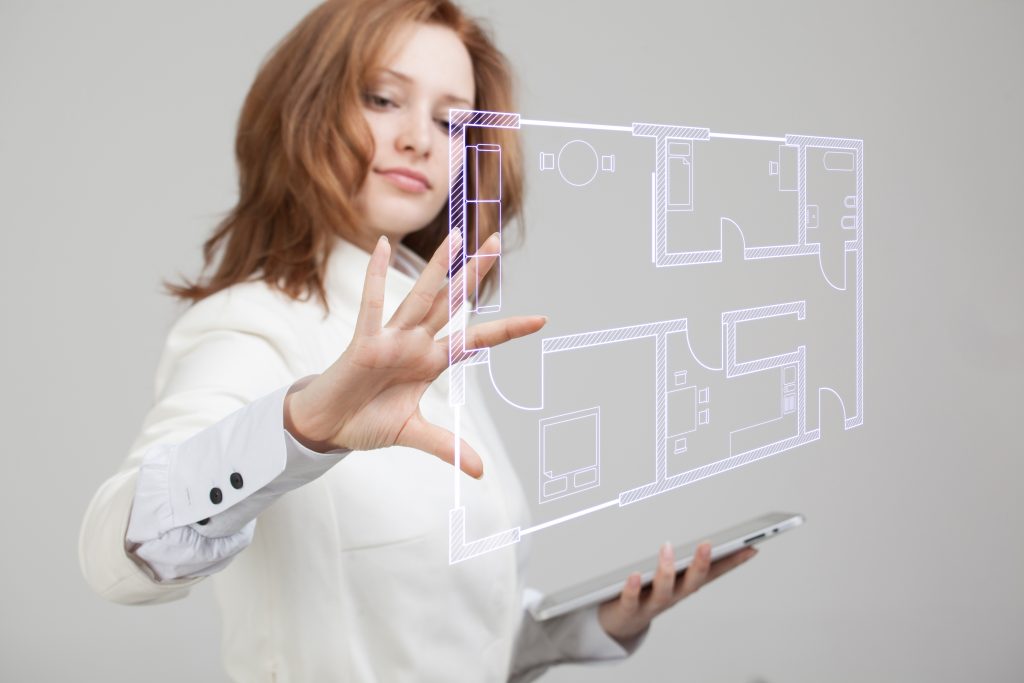 Today,  half of all students studying architecture are women. That seems pretty balanced, right? Well, when you take a more in-depth look, you’ll find that despite the equal numbers in academia, only 20% of all employed architects are female-identifying.

But, that’s not to say that there haven’t been significant strides made. Women are responsible for some of the most notable achievements in architecture despite the hurdles that they face within the industry.

In this post, we’ll take a deeper look at the role of women in architecture and shine a light on some of the major players that you should be familiar with. 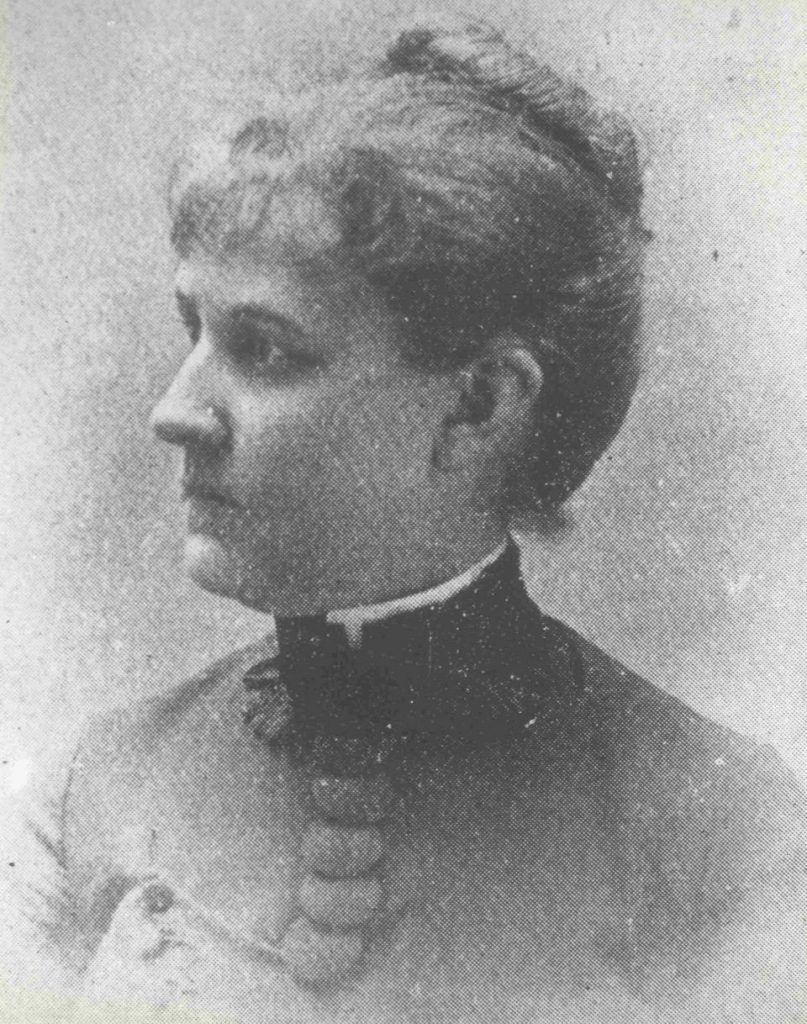 Louise Bethune was the first American woman to have worked professionally as an architect.  Without her commitment and persistence in regards to entering the world of architectural design, women would have had a much harder time gaining traction within the industry. In fact, architecture as a whole would have evolved much differently.

Louise was born in 1856 and spent the majority of her professional life working throughout Buffalo, New York. She is responsible for the design of iconic buildings in the region such as the Hotel Lafayette. At the time, Buffalo was a booming city that people all over the country took notes from. Although the city itself has become less prominent since those days, the influence that architects from the area had can still be seen throughout the country in cities that house similar-sized populations. 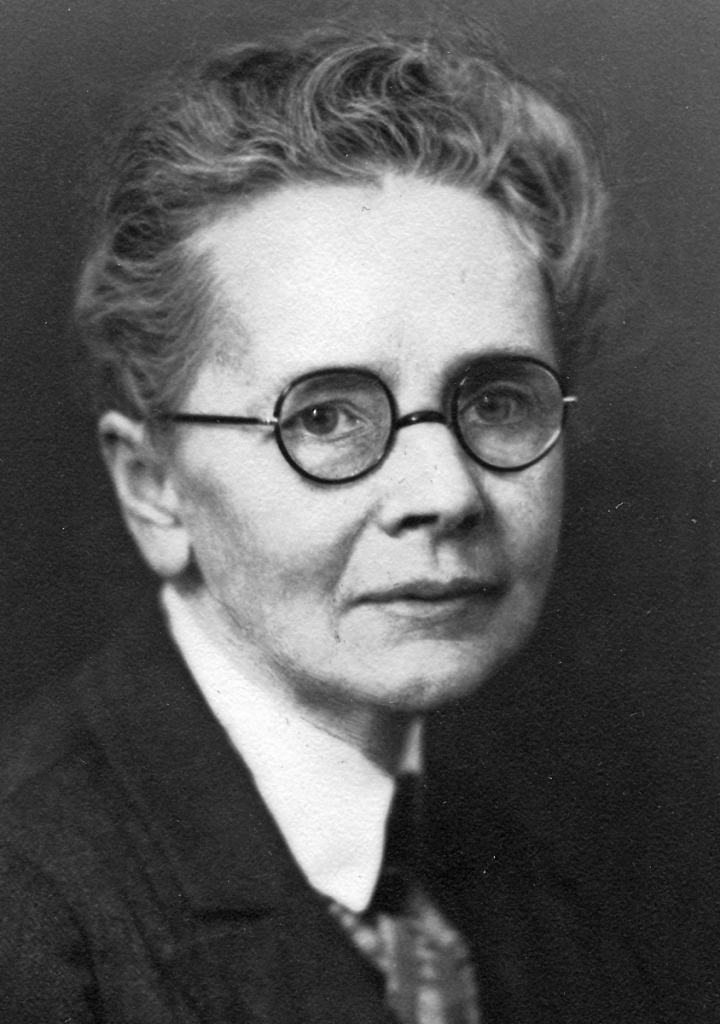 Julia Morgan was another pioneer that helped to pave the way for women in architecture. Born in the year 1872, she was truly ahead of her time! She lead a long, rewarding career that encompassed the design of more than 700 buildings throughout the state of California. Most notably, Hearst Castle which still stands proudly atop its hill today in the city of San Simeon. 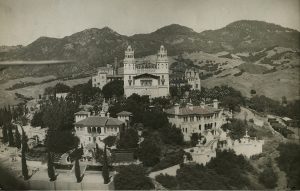 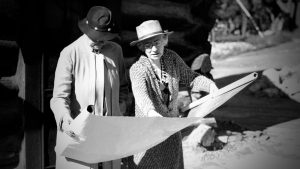 Mary Jane Colter lived between the years 1869 and 1958. During the span of her career, she primarily designed buildings throughout the Southwestern United States. Her creations helped to shape the distinct style that up until now has been found almost exclusively throughout Arizona and New Mexico. Today, modern-day designers and interior decorators all across the country often try to replicate the look and feel of Mary Jane Colter’s southwestern flare.

She served as the chief architect for the Fred Harvey Company. It was during this time period that she designed her free form buildings at the Grand Canyon. These buildings were so important to the region that they were declared historic landmarks in the year 1987.

Thanks to the persistence and hard work of the women mentioned above, today’s women are able to continue paving the way for future generations. And we aren’t just talking about style. The women mentioned below are taking architecture to a whole new level by showing us how it can be used to revive communities through a blend of functionality, passion, and of course – creativity! 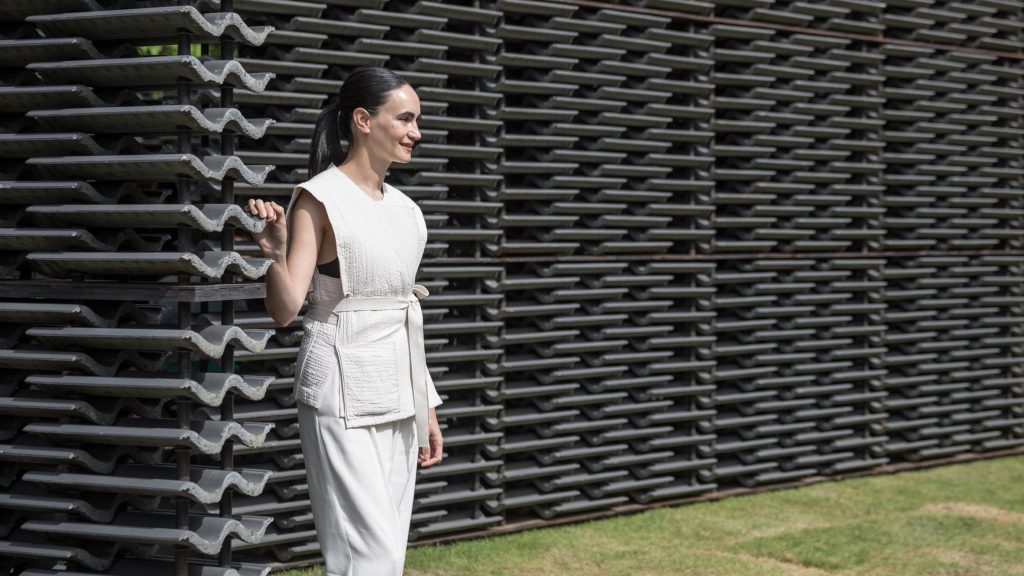 Frida Escobedo has made big strides throughout Mexico. She gives new life to neighborhoods by working with urban homes, hotels, and community centers. Since the year 2004, she has won 7 awards for her work, which has encompassed the design of new structures as well as restorations of older buildings.

Most recently, she’s taken her work beyond Mexico by designing the Serpentine Pavilion in London. At the age of 39, and as a result of taking on this project, she is now the youngest architect to have ever received distinguished commission. 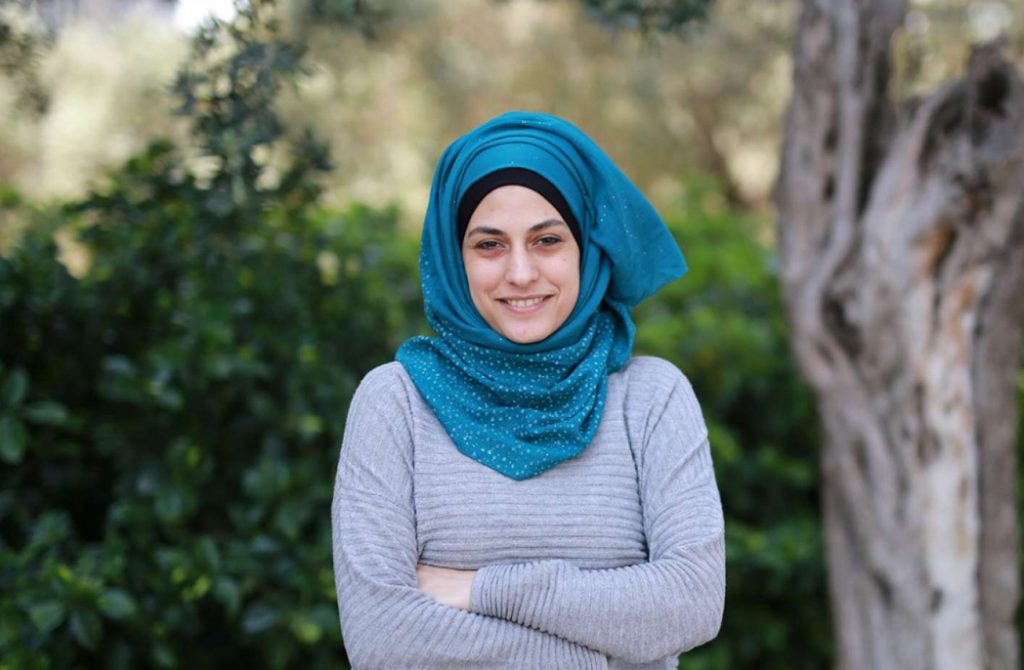 Marwa al-Sabouni is a Syrian architect who is one of the top 10 leading experts on Syria’s reconstruction. In addition to that, her TED talk, which discussed the role that architecture plays in community, was deemed to be one of the best of the year and was viewed over 900,000 times. Marwa educates people about the importance of designing buildings in neighborhoods that will assist in fostering community connection rather than continuing to perpetuate separation based on things like income.

She and her husband run the Arabic Gate for Architectural News, which is the only online news source for architecture available in Arabic. These accomplishments are just the tip of the iceberg, and when it comes to noteworthy female Architects of the present day, no list would be complete without her name. 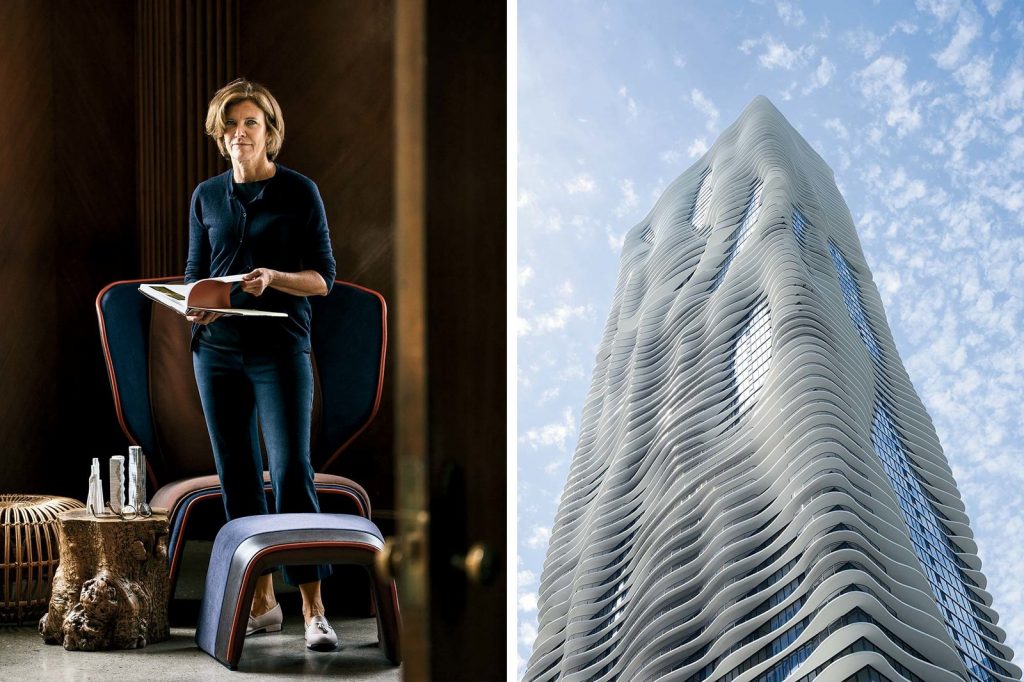 Jeanne Gang quickly became a leader in Chicago’s architecture scene. She has received a MacArthur Fellowship “Genius” Grant as a result of the energy and effort expended over the course of her career as an architect. This speaks to the level of insight, originally, and creativity that she has provided to the industry.

Her work has truly enlivened the Chicago neighborhoods in which her buildings stand. She established her design firm in 1997, and since then has designed iconic structures like the Aqua Tower and the Lincoln Zoos Nature Boardwalk, just to name a couple.

She is among the most celebrated architects of her generation, and for good reason! In addition to actively designing, she has taken the initiative to be an advocate for gender equality in the workplace through both protest and writing.

Considering a Career in Architecture? 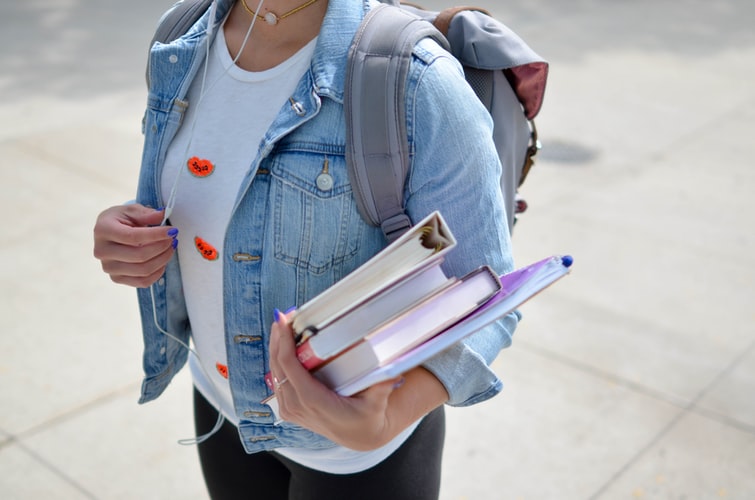 Up until the year 1972, education programs were legally allowed to deny entrance to women. In this day and age, there are all sorts of excellent programs to choose from — some prestigious, as well as others that have more relaxed entry requirements.

If you’re looking to build a career as an architect, a degree program is where you’ll need to start.  Architecture programs are available at both the undergraduate and graduate levels. The lists found below provide a few examples of potential programs to choose from, but there are many other excellent ones out there, too.

Schools That Have Excellent Bachelor of Architecture Degree Programs

Getting Your Foot Through the Door

If you’ve decided to move forward with pursuing a career as an architect or know a woman who has, there are some resources that you should be aware of. Scholarships and networking opportunities can help to facilitate success as you step on to the path of getting your training and building your career.

For example, The Payette Sho-Ping Chin Memorial Academic Scholarship presented by the Architects Foundation offers a payout of 10,000 dollars to the winner each year. In addition to this, the scholarship winner gets free mentorship from a senior-level architect from the Payette firm. This type of support is priceless when trying to forge connections within the industry.

Have you already earned your degree? 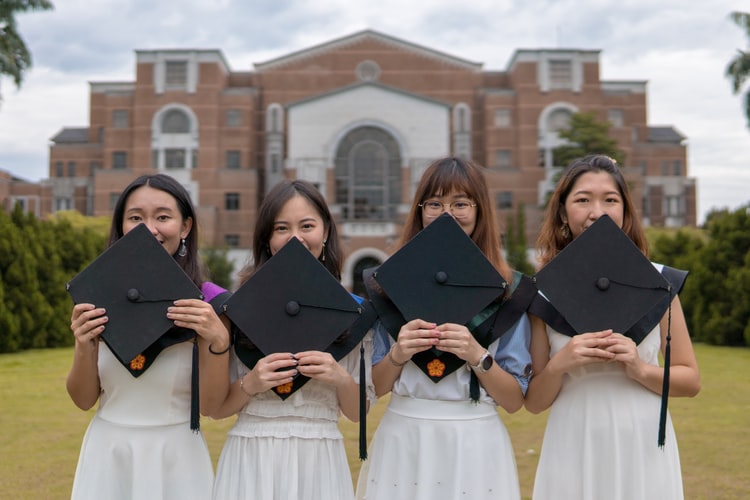 Are you on the hunt for work or help from a community of other professionals? If so, you’ll want to check out the Association for Women in Architecture and Design. They offer everything from job listings and monthly training programs to networking opportunities.

For more information about the resources that are currently available to women interested in architecture, check out this list compiled by The Architects News Paper.