Home » Custom Steel Doors and Windows Blog » Updates » What are the Different Architectural Styles of Homes? 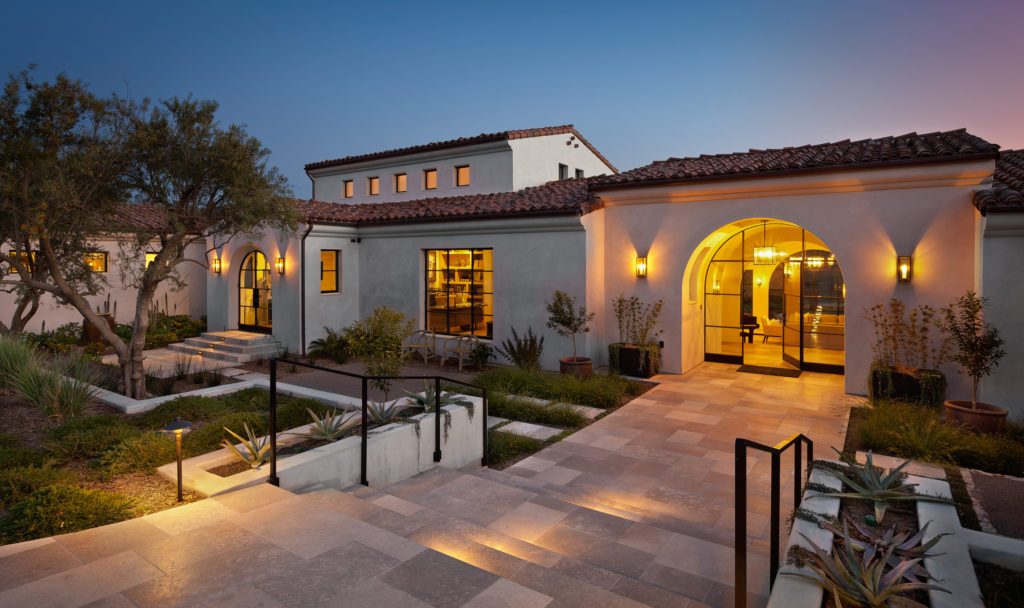 What are the Different Architectural Styles of Homes?

Depending on who you ask, there can be anywhere from dozens to hundreds of architectural styles for homes. For the purposes of this article, we’re going to look at the home styles that are most popular and make up the majority of homes in the United States. 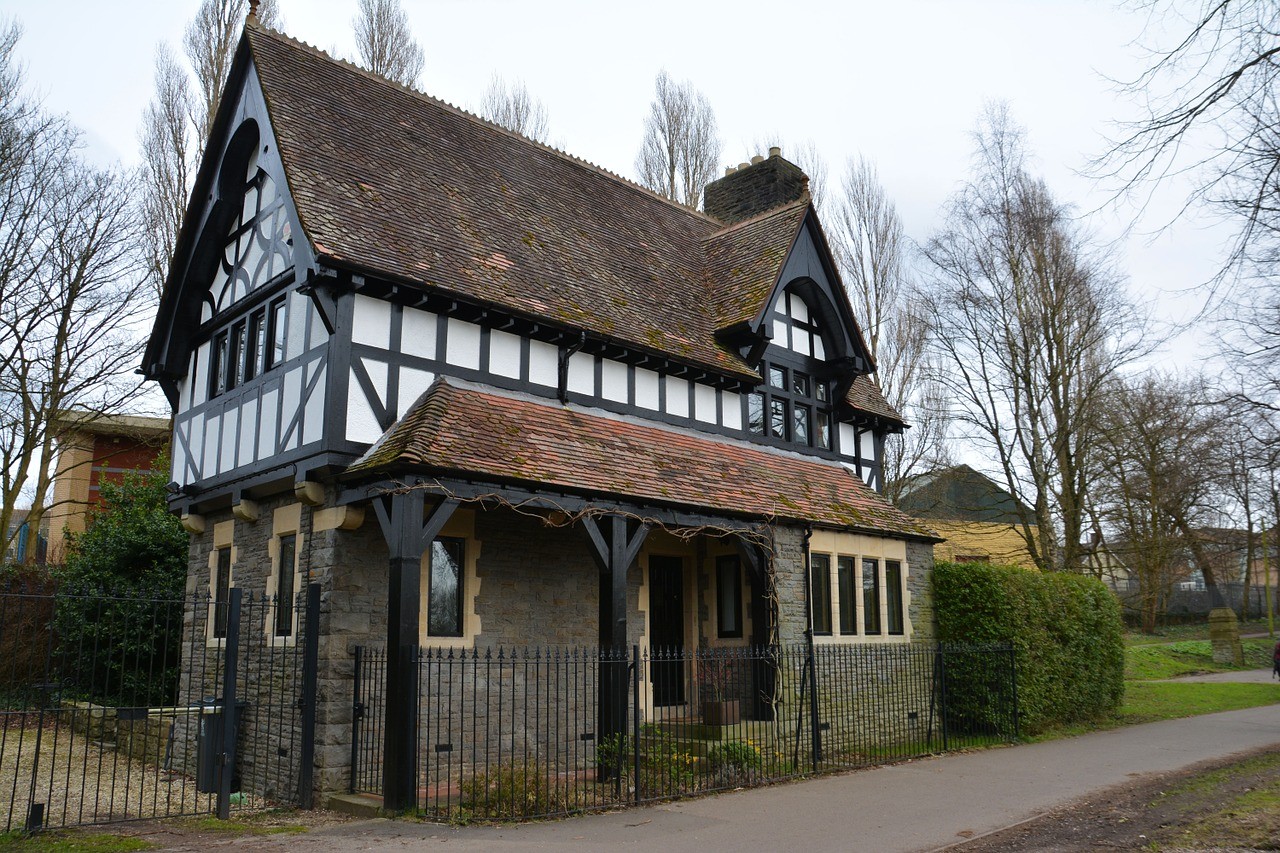 Originating in England in the 1400s, Tudor style homes have several distinctive style features that make them stand out. Tudor homes are usually two or three storey structures that include a steep roof with prominent cross gables, elaborate brickwork on the first floor, stucco on the second floor, and decorative half-timbering all around. Windows are usually casement windows and grouped in rows of three or more. 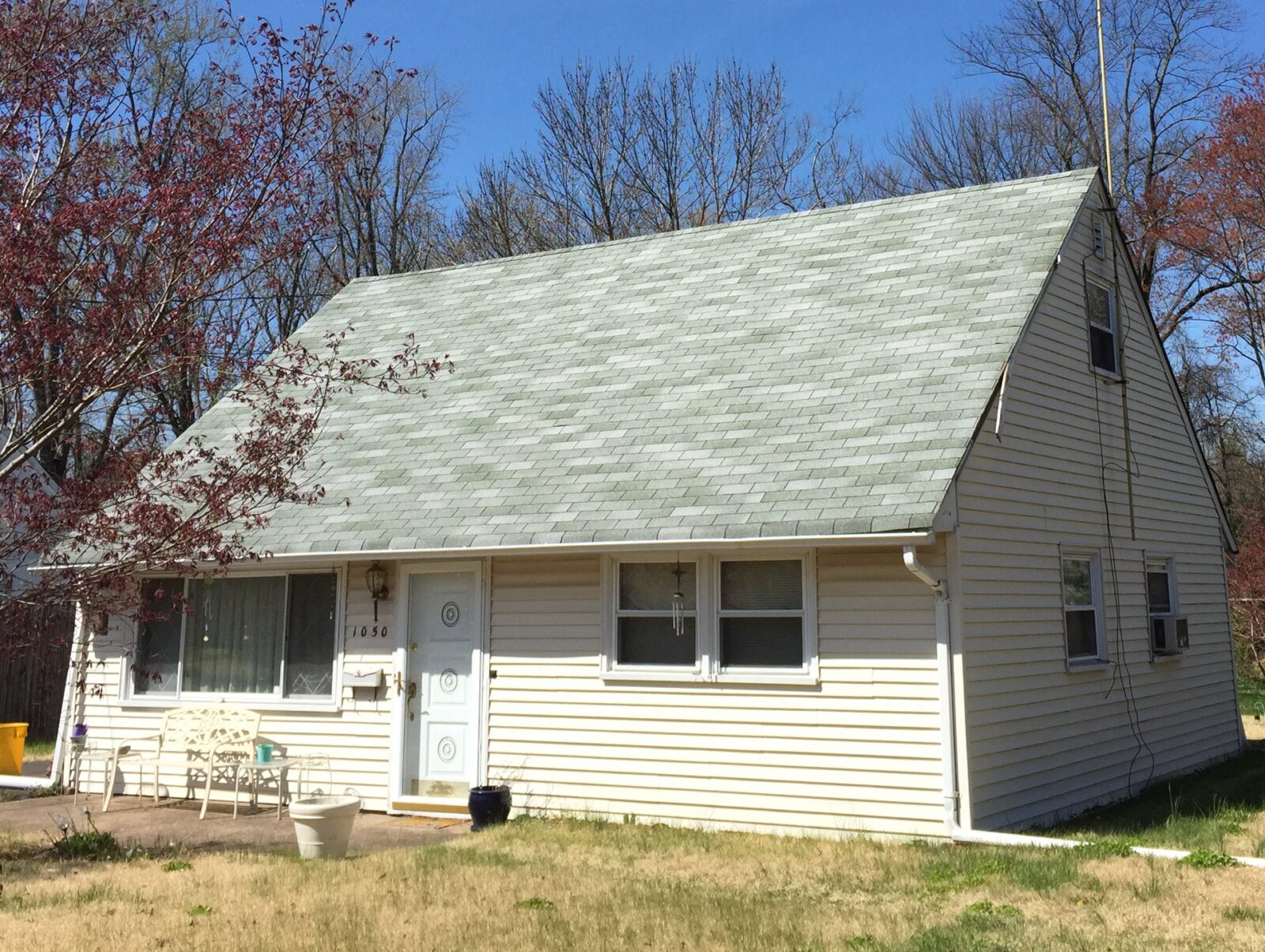 Cape Cod style homes originated in the northeastern United States in the early 1600s and experienced a resurgence in popularity in the early 1900s. Cape Cod style homes in the original style feature traditional wood shingles as siding, while newer versions sometimes utilize stone, stucco, or brick on the exterior. They have steep roofs with shallow overhangs, and very specific configurations for windows, including two windows on each side of the entry door, and a dormer window on each side of the chimney. Windows are multi-pane windows. 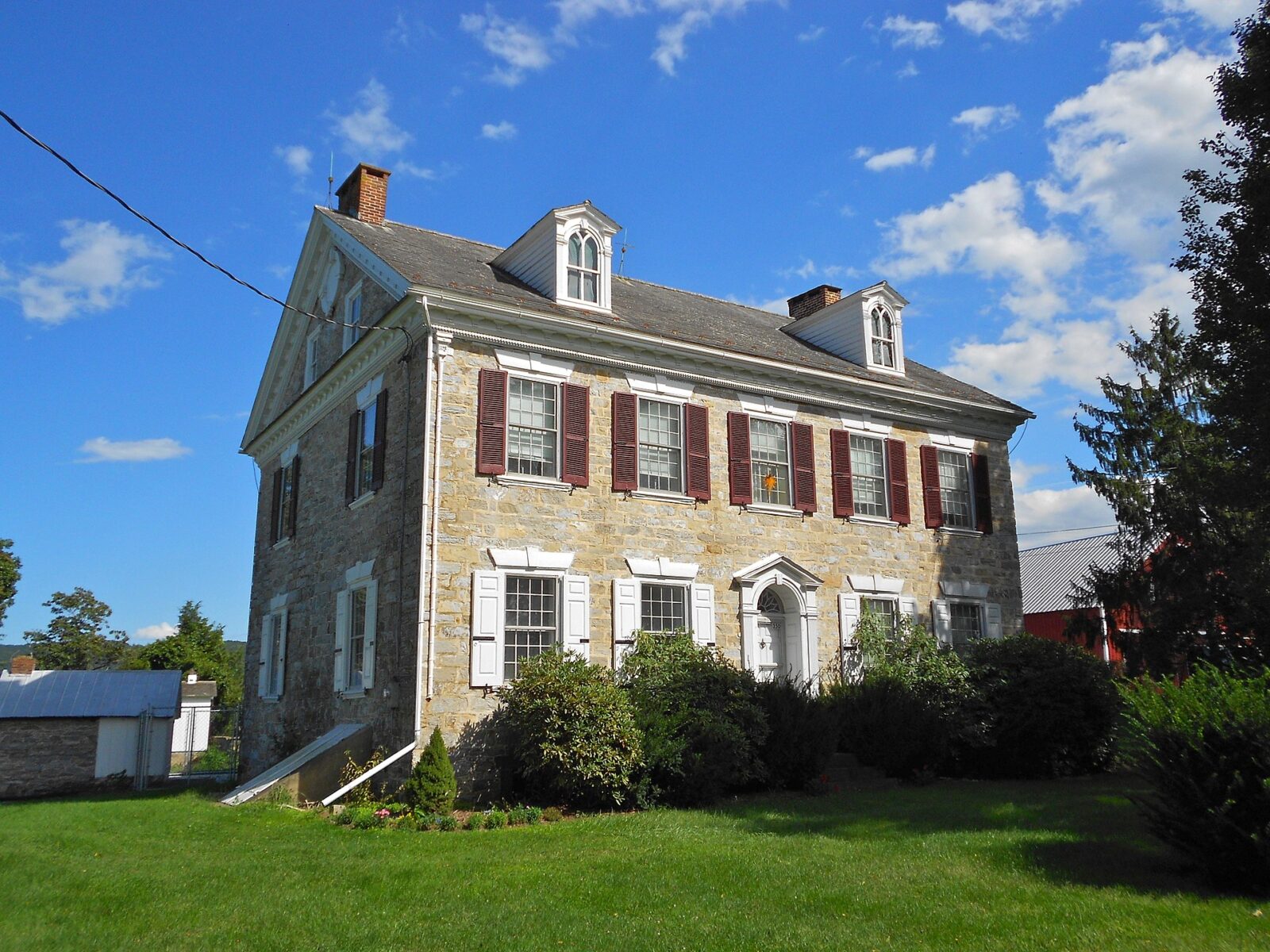 Georgian homes are another style that originated in England, and this particular style originally dates to the 1700s. The exterior can be a variety of finishes, including clapboard, shingles, stone, stucco, or brick. They also have a hip roof with dormers. A key component of a Georgian home is its perfect symmetry. 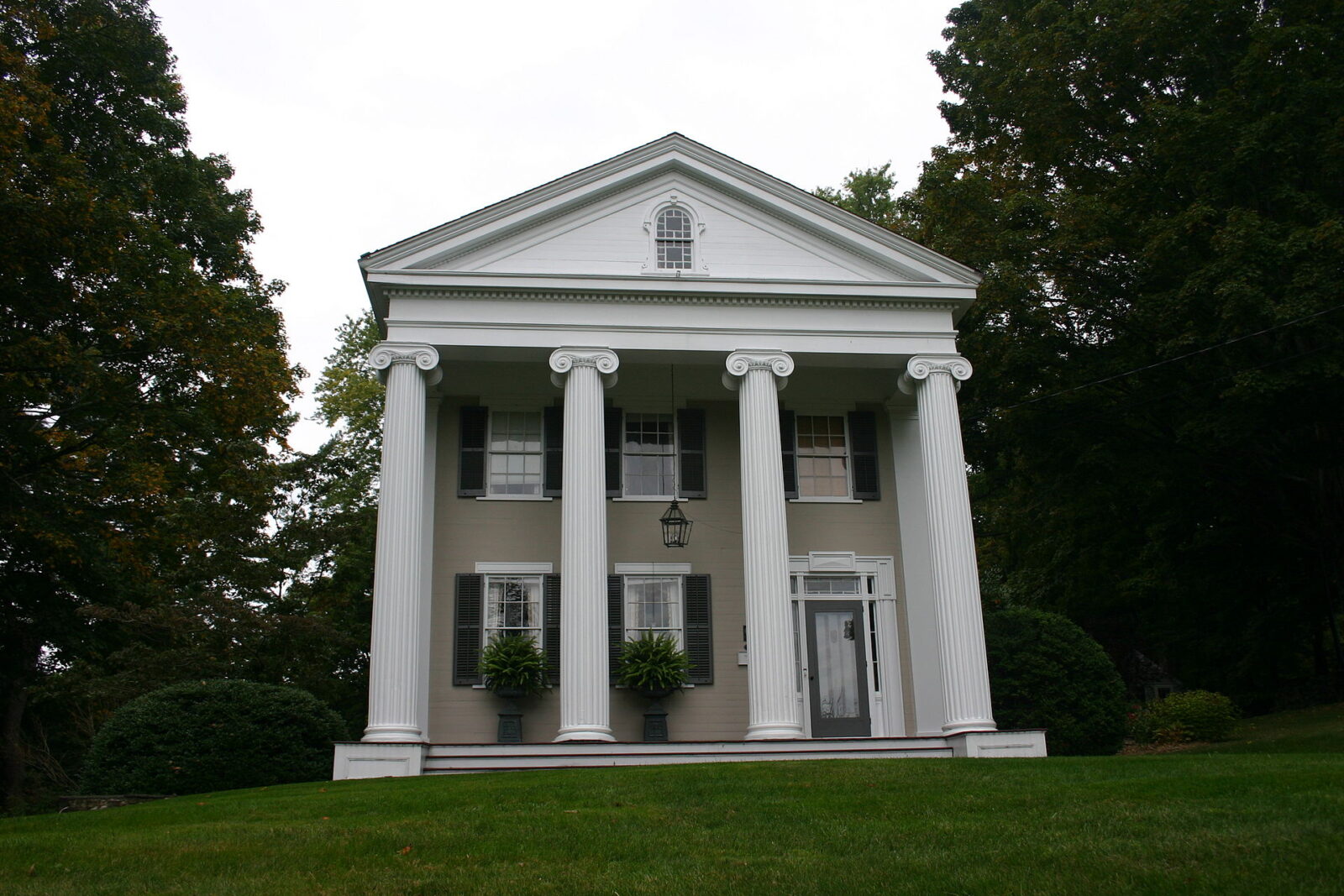 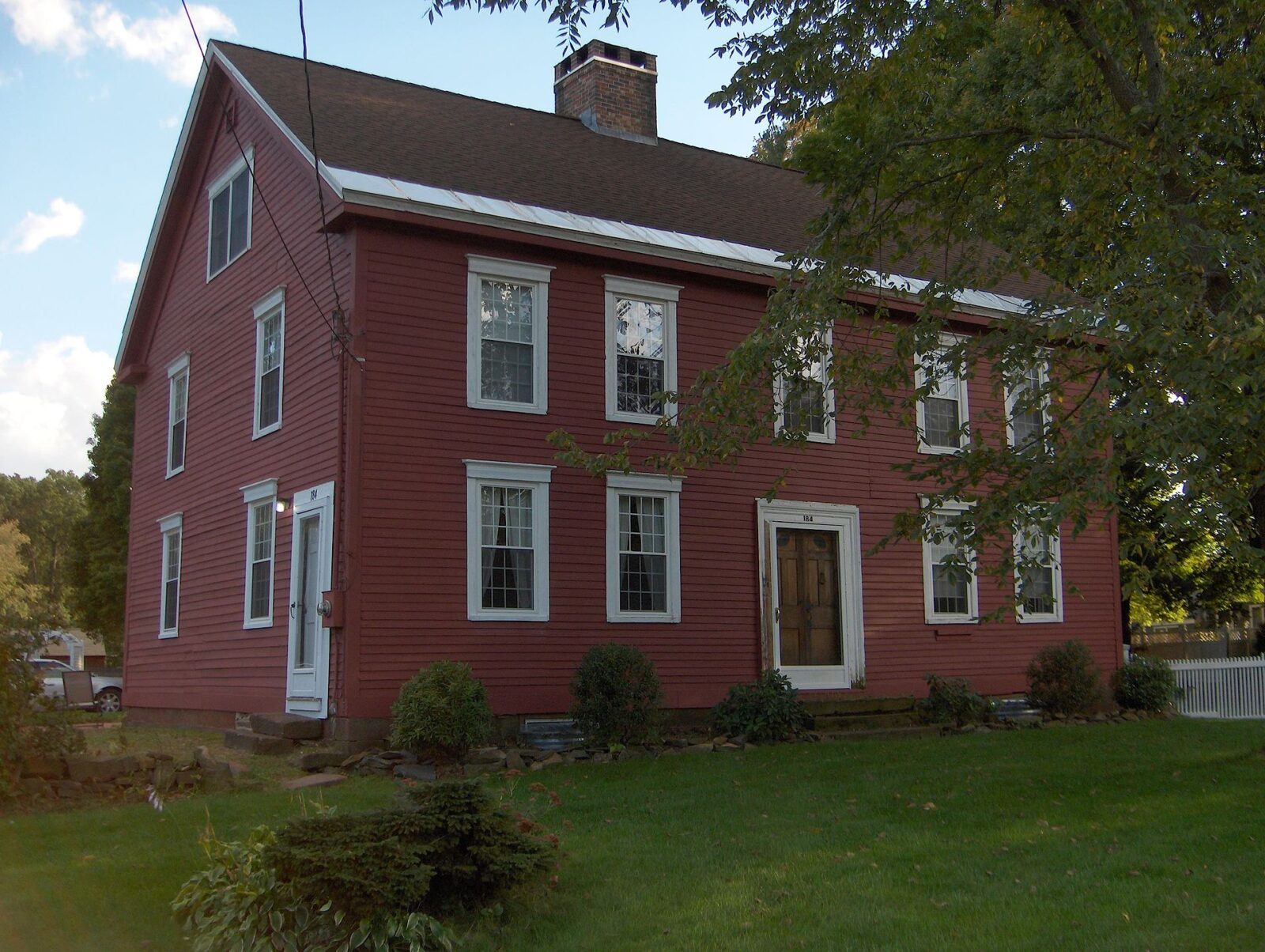 Colonial homes originated in the late 1800s in the United States and have continued to be one of the most popular styles of home designs in the country. Colonial homes feature brick or wood siding and a medium-pitched roof. Colonial style homes are easily identifiable by their specific window placement, which includes: two windows on each side of the entry door, and five windows on the second floor, with one place directly above the entry door. 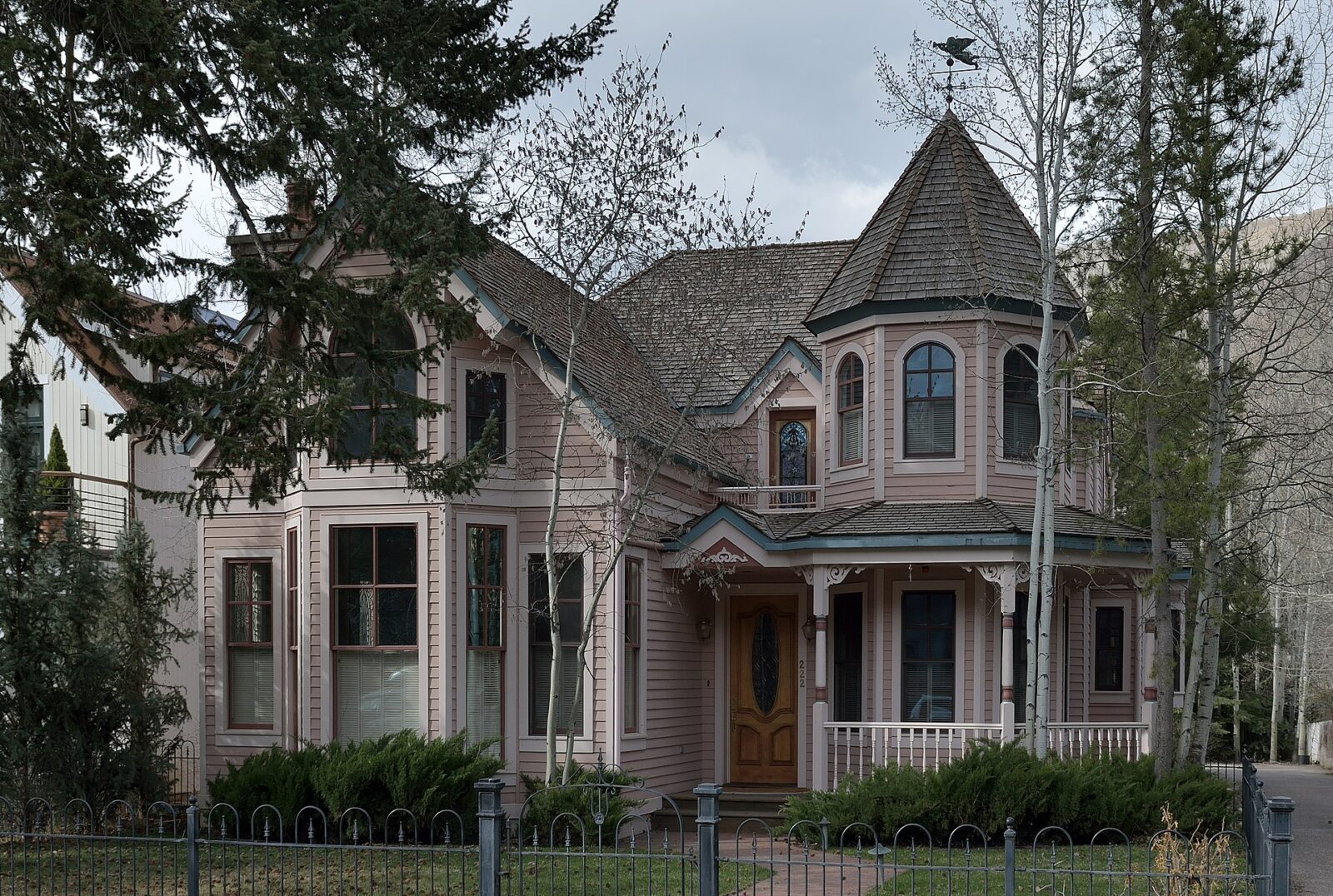 Another home style originating in the 1800s, the Victorian category of architecture is unique in the number of sub genres it has, including Gothic Revival, Italianate, Stick-Eastlake, Second Empire, Queen Anne, and Shingle. All of these styles are grouped together under the umbrella of Victorian architecture, but each has individual elements that make them unique. However, there are some common themes that carry throughout and unite all the disparate styles together. Most Victorian homes feature elaborate roofs, intricate ornamentation, porches or balconies, tall and/or decorative windows, and ornate chimneys. Victorian homes are known for their attention to detail and decorative exteriors. 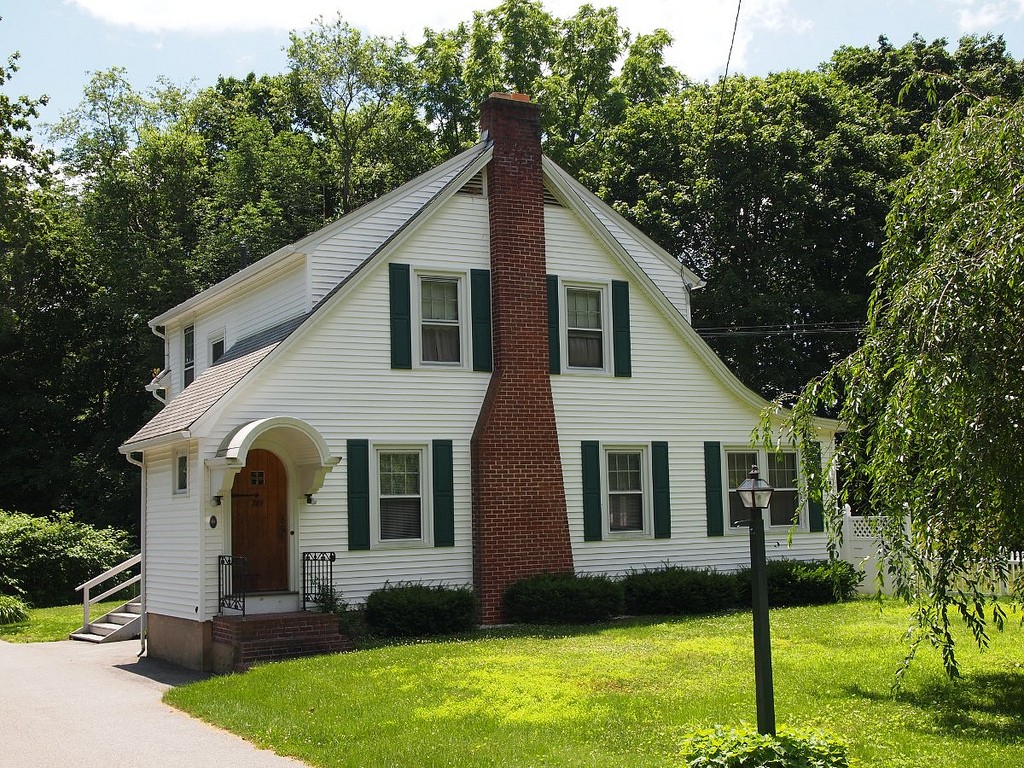 Dutch Colonial homes originated in New York and New Jersey in the early 1900s. They have wood siding in one of a few patterns, including variations such as fish scale, bric-a-brac, shingles, or clapboard. Dutch Colonial homes feature a cross-gabled gambrel roof and flared eaves. They also have a covered porch with a columned entry, dormers, and a gable end chimney. 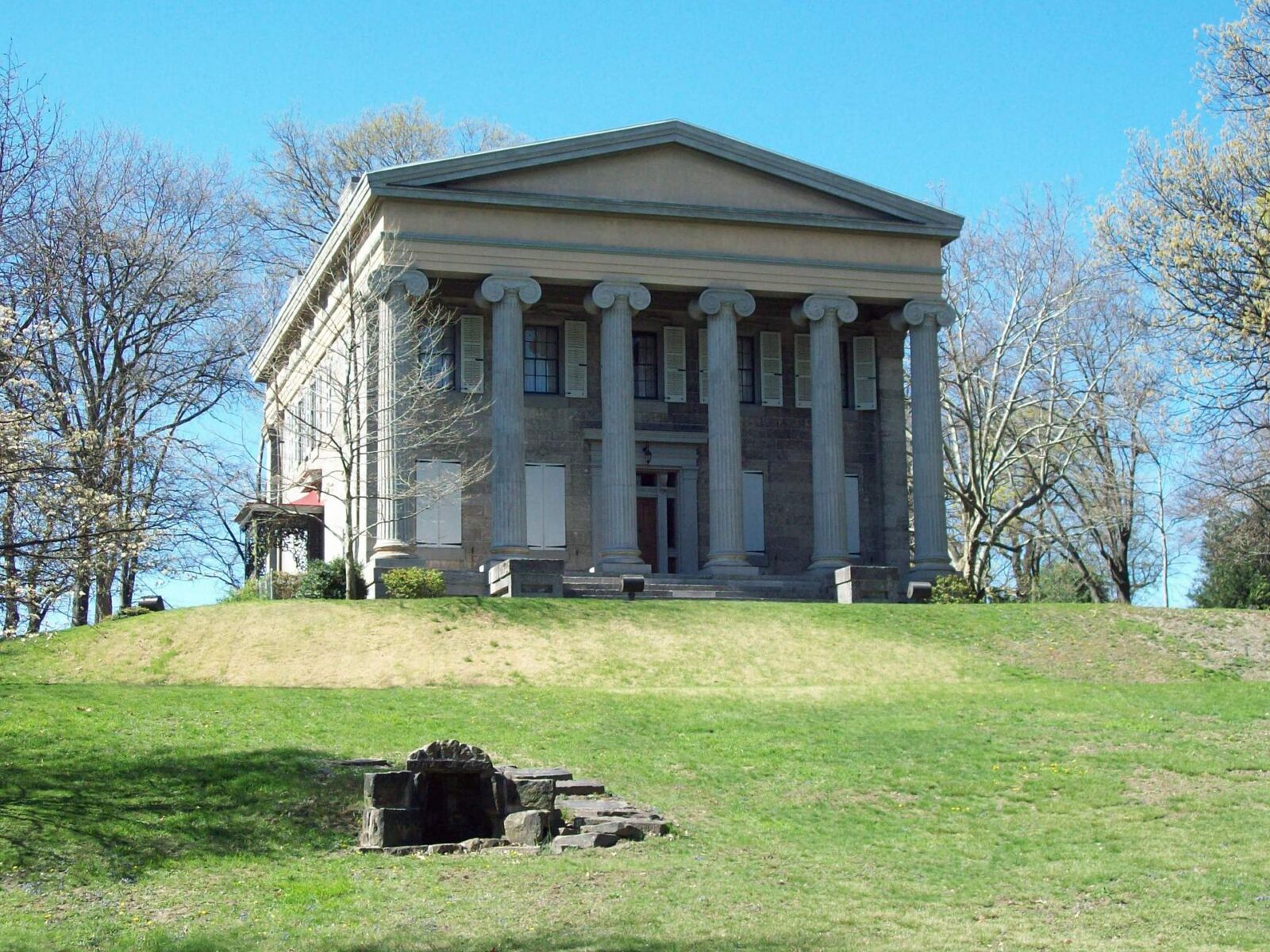 Neoclassical homes date from the early 1900s, and were especially popular in high-end neighborhoods across the United States, until the 1950s. The designs are inspired by ancient structures from Greece and Rome, as well dwellings built during the Renaissance. Just like previous styles that were inspired by classical architecture, Neoclassical homes stress symmetry in the design and usually feature columns in the front. Neoclassical homes often feature a triangular pediment above the entrance and a simple side-gabled roof. Balance is very important in these designs. 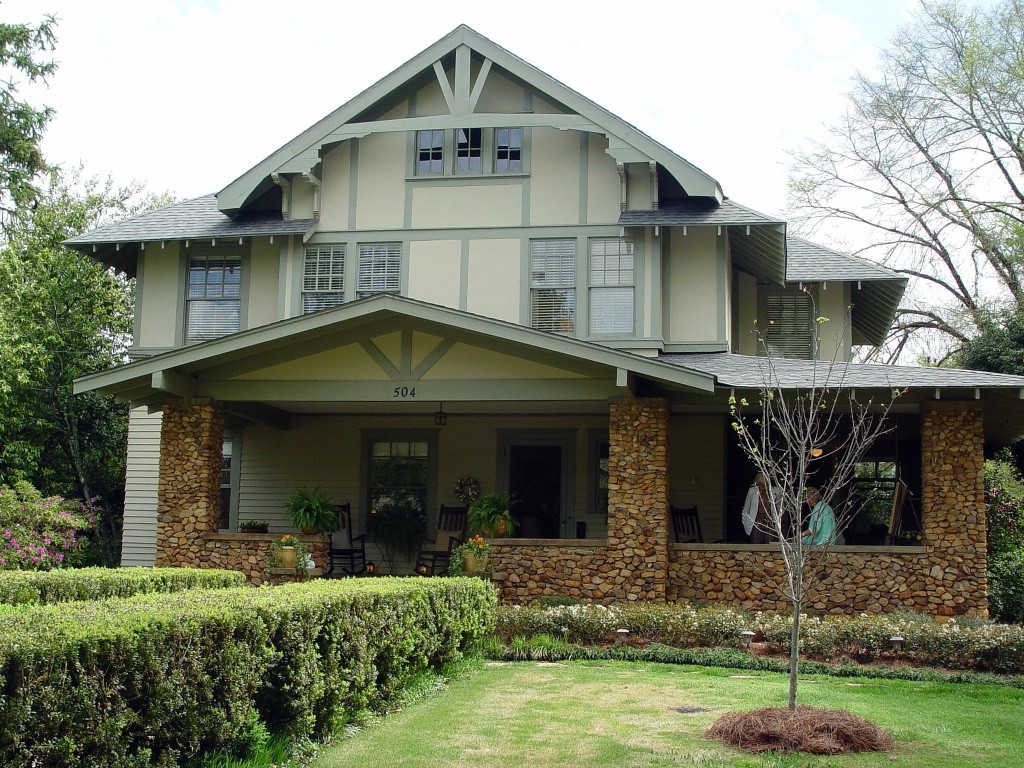 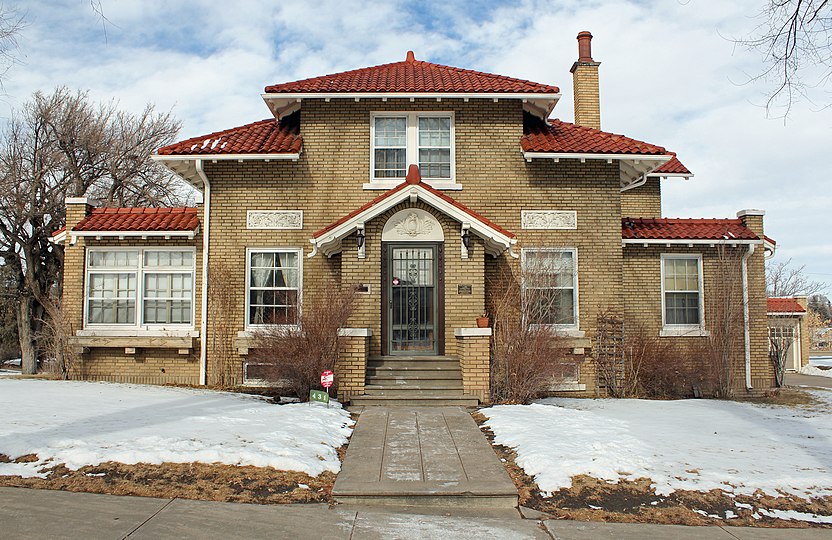 Mediterranean, or Spanish-style homes are most often found in warmer areas, like California and Florida in the United States, but homes built in this style can be found anywhere. This design style is characterized by a low-pitched, or even flat roof that is usually tiled, and a stucco exterior. Mediterranean homes feature large windows and a floorplan that is designed to allow breezes to flow easily through the home. 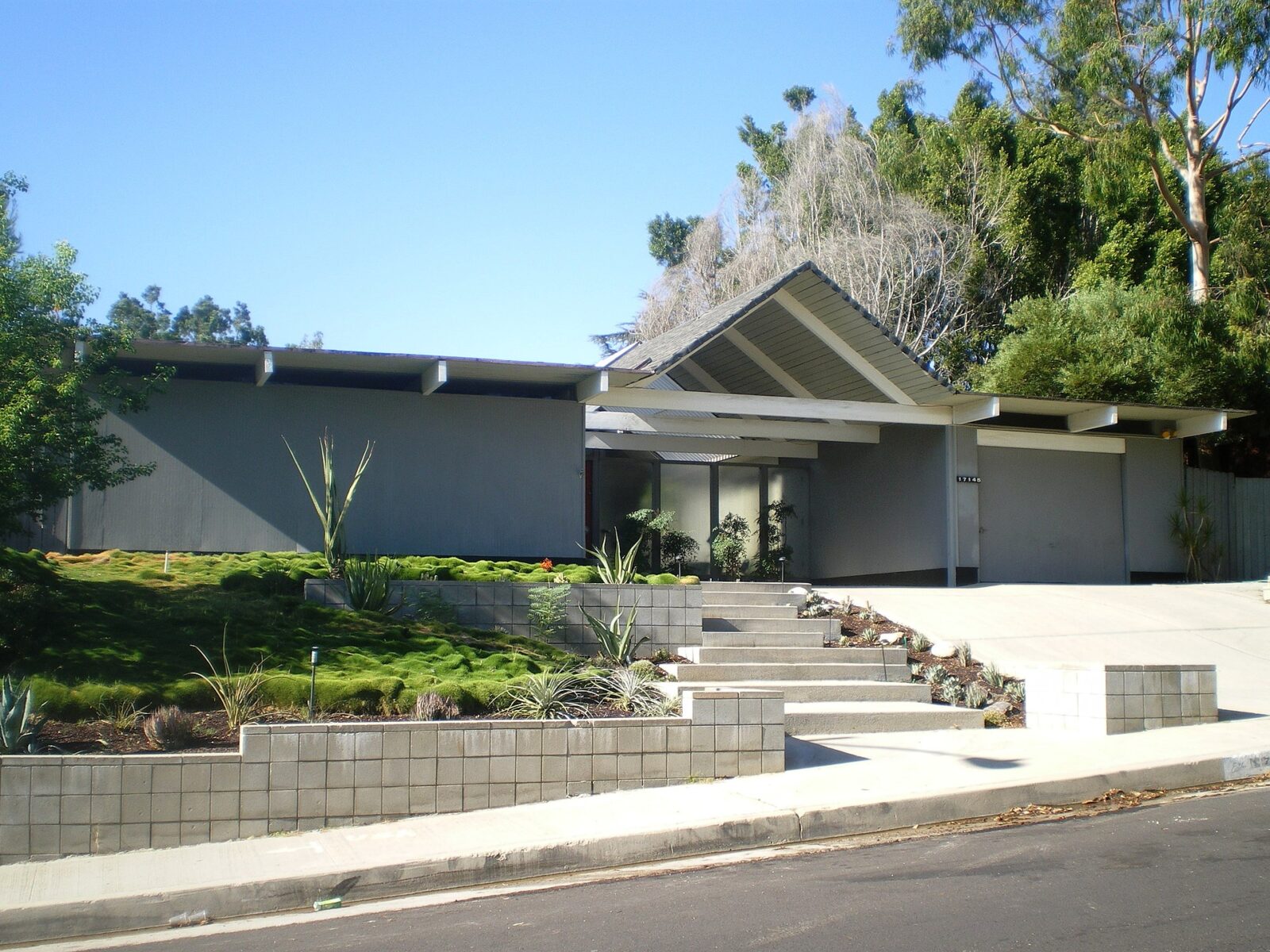 Mid-Century Modern homes, as their name implies, appeared around the 1950s in the United States. They usually feature a flat roof with stone or brick siding. Mid-century modern designs focus on clean lines and incorporate a lot of glass windows and open spaces. 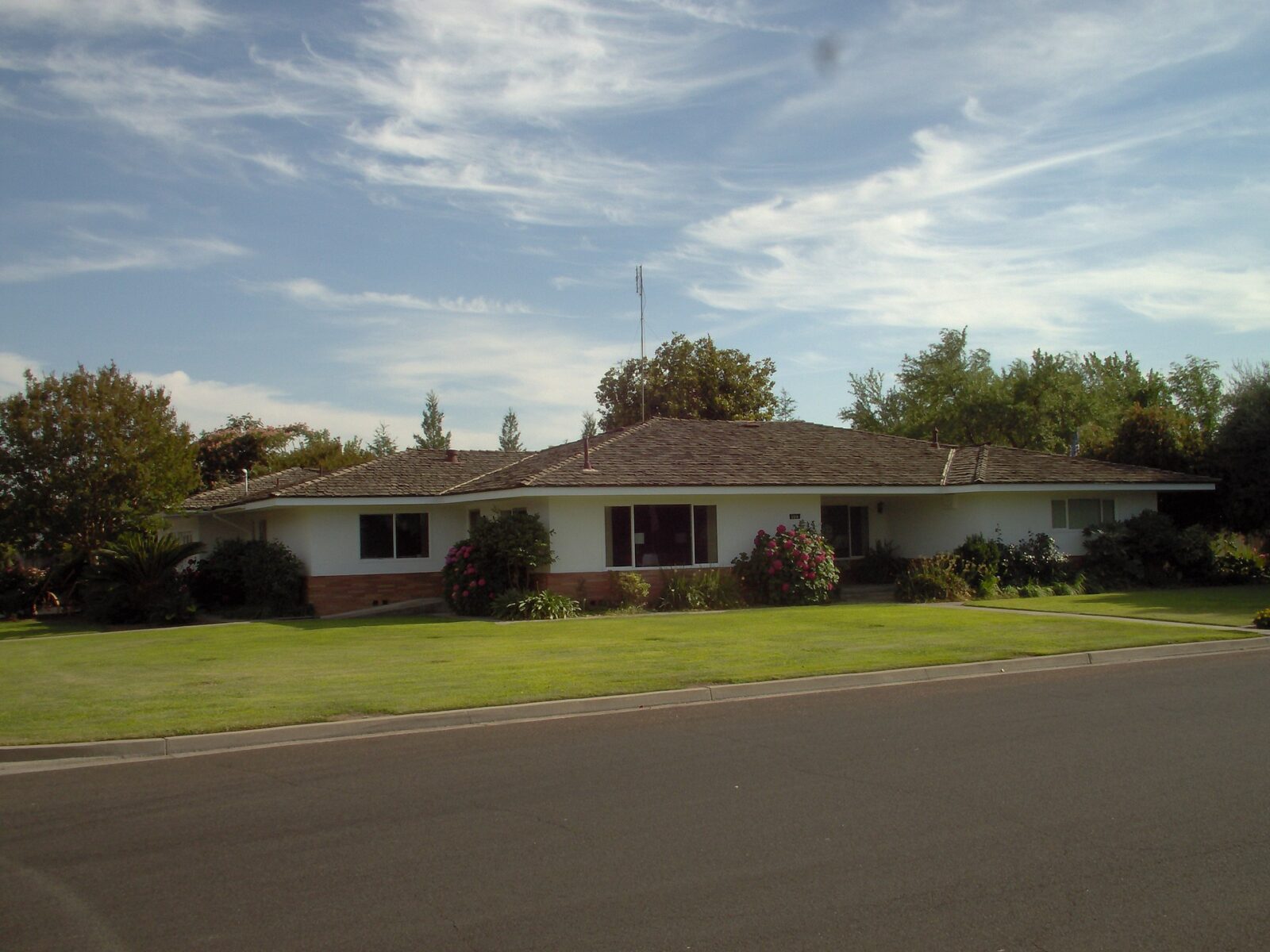 Though ranch style homes have been around since the 1930s, they exploded in popularity in the 1960s, especially in the suburbs. Ranch homes are a single storey and have a gabled roof with a large overhang. The siding on ranch homes can vary, but wood, brick, and stucco are all popular choices. They have minimal ornamentation, with doors and windows acting as the dominant design feature. Many traditional ranch homes feature an attached garage. 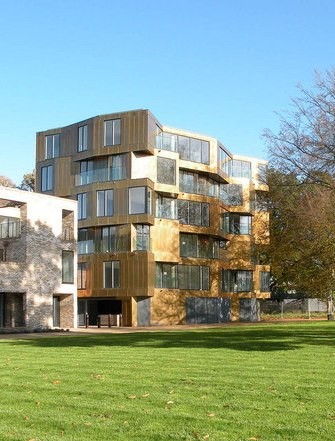 Contemporary design encompasses the style of homes that are being designed and built in present day. The trends in contemporary design include simpler exteriors without much ornamentation, and a focus on natural elements like stone and wood for siding. Contemporary homes are often characterized by lots of large windows, and open floor plans to take advantage of the abundance of natural light. 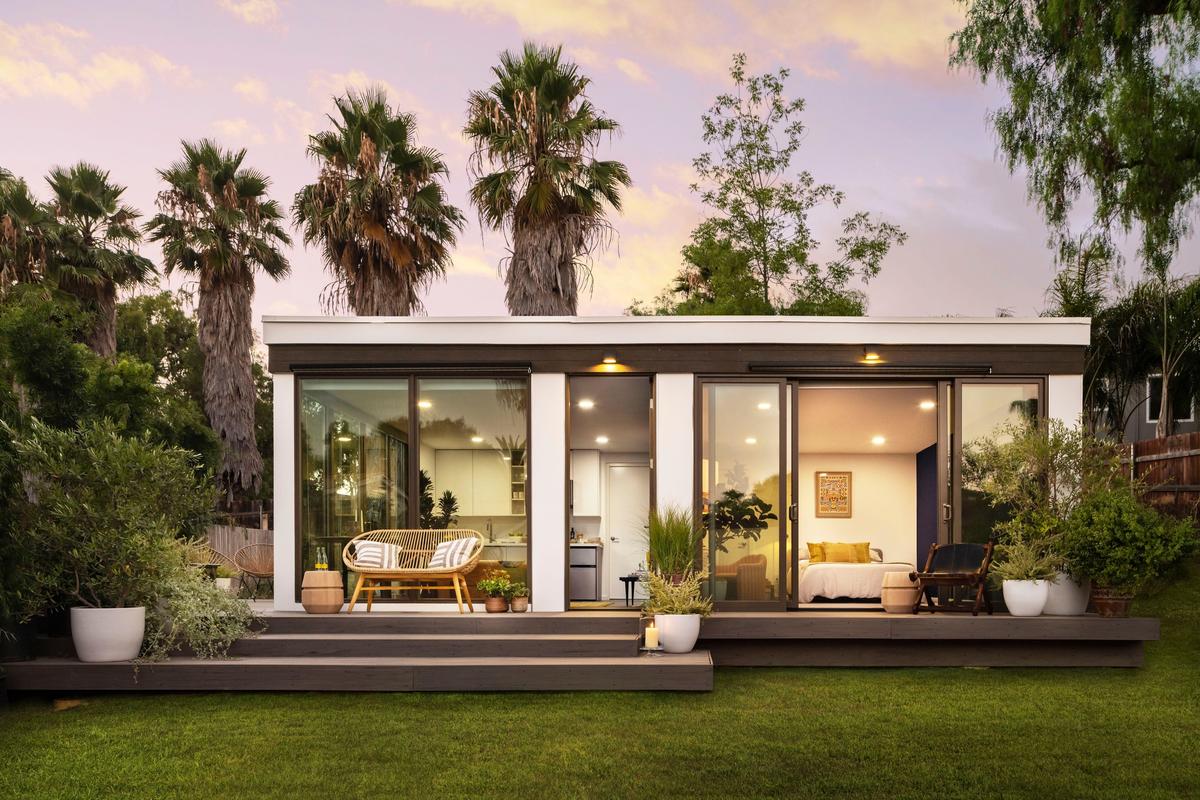 While these architectural styles cover most of the homes in the United States, there are still many, many other variations and styles that influence architectural design in residential homes. In fact, many homes don’t strictly adhere to a specific style, but instead borrow from a variety of different styles to achieve a desired look.

At Portella, our goal is always to blend utility and beauty to create the best possible doors and windows for every design need, regardless of architectural style. Whether you need custom windows throughout your home, or one custom glass door to fulfill an architectural vision for your home, we have the solutions you need. At Portella, we work with people to realize their visions of the perfect space, and we meticulously craft custom steel windows and doors to ensure the perfect aesthetic for every project.

What’s your favorite style of residential architecture? What do you like best about it?