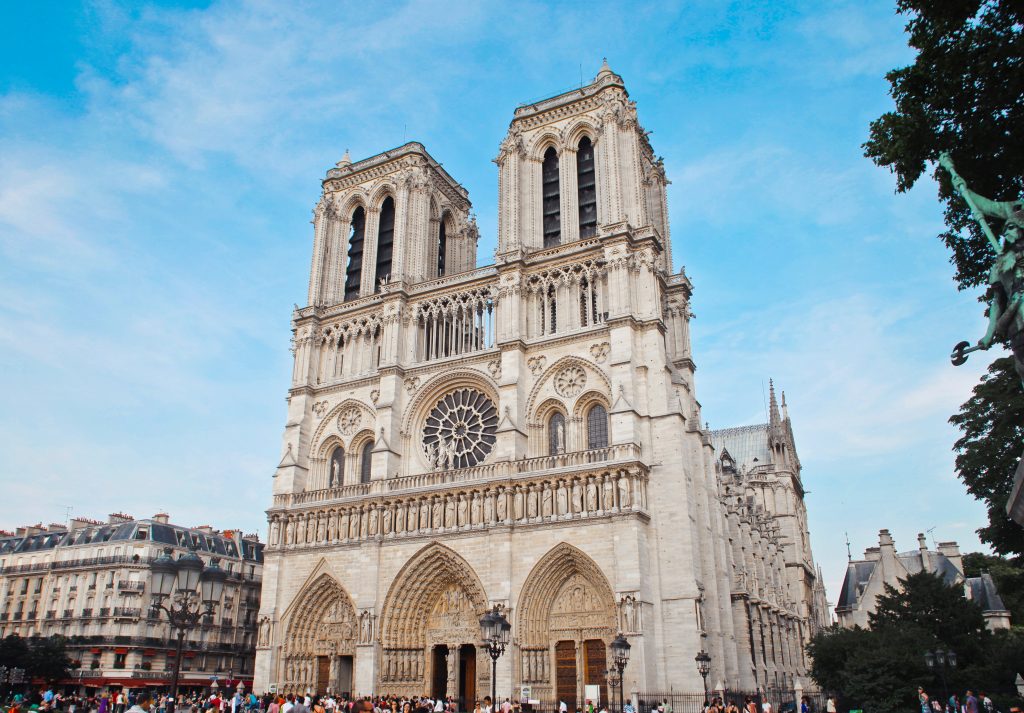 Architecture in Film and Literature

Books and movies highlight our obsessions like few other mediums. Even if you’re not the type to dig into all the symbolism and crafted meaning, it’s easy enough to enjoy the aesthetics on the page or screen. Architecture is extremely similar, but due to its ubiquitous and practical nature, the word is sometimes shrunk to include only famous landmarks or museums. Sometimes a chic concrete and glass house on a distant coast.

When architecture appears in film and literature, it’s an excellent opportunity to consider the subtler ways in which we’ve developed a relationship with the cities and structures that house us. In the day to day, apartments and buildings and structures are everywhere. We rarely spare a second thought for all that goes into them. However, when a writer or director incorporates elements of architecture into their medium, you can assume it’s intentional.

After all, drafting a book or a script is largely comprised of deciding what is or is not shown. By drawing out more commonplace elements and giving them some role in the story or scene, it’s a lot easier to see the direct influence of architecture on our psyche.

Our Relationship With Architecture 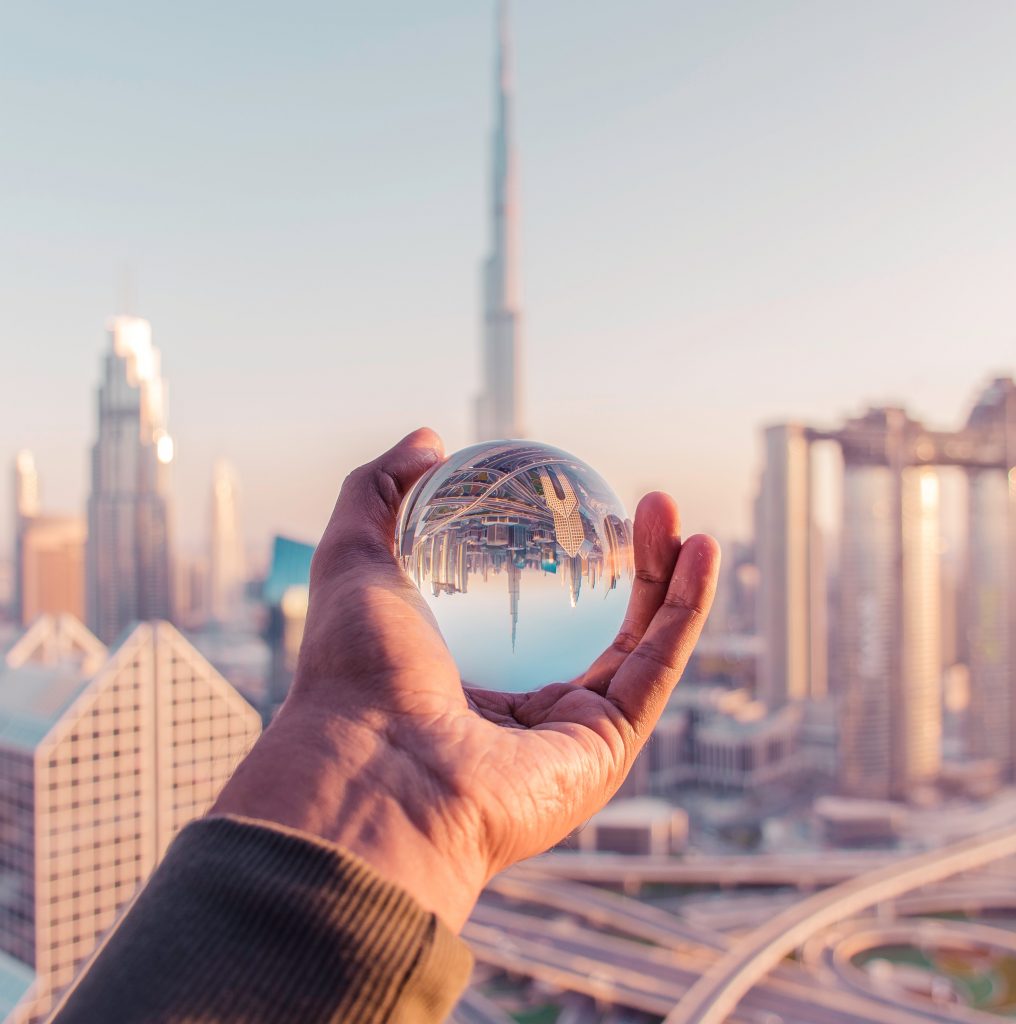 Architecture is, whether we realize it or not, very closely linked to our psychological state. Whether you want to tie that to our instinctual need for shelter or the cultural significance we place on buildings (cathedrals, cities, rustic barns), architecture is at once a very real, physical component of our lives and a psychological or symbolic component. We attribute different values to different types of buildings, and those values can shift based on the history, condition, and shape of those buildings. As an art form, architecture is about manifesting or subverting those values in a physical and useable form.

For further evidence, turn to books and film. Featuring distinctive, or purposefully bland, architecture is something we see again and again to evoke and direct emotion. From simple almost non-descript kitchens and bakery back rooms of Carver’s “Beginners” and “A Small Good Thing” to the lavish and near full book length description in Hugo’s The Hunchback of Notre-Dame. In each, we see the architecture of place playing key roles in the emotion and development of story. 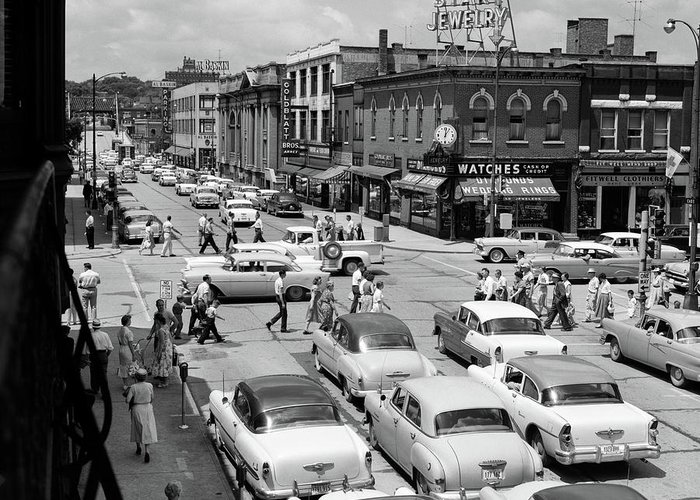 For Carver, the lack of description makes it easy for us to picture that this is anywhere. We know in many cases this was 1950s America, sometimes the abandoned and Gothic midwest, but the dark shoddy kitchens and the small town bakery don’t exactly have a street address. The people are simple, the setting, even the conversation is simple. Carver’s writing focuses on the emotion that breaks through in intensely real and awkward and dirty realistic experience. Sometimes the characters react to these architectural factors, and in doing so, we better understand their relationship with the emotions and state of living that exist in these stories.

On the other end of the spectrum, Hugo was chiefly concerned with architecture as a direct feature. So many pages are dedicated to intensely detailed description of places in Paris. Hugo believed that buildings were a repository of sorts, physical manifestations of human progress and knowledge and culture. Now, while he also thought that printing presses and books were an end to that belief, we can look at the ongoing evolution of architecture and say that he was probably wrong about that. Still, these are just two of the more easily recognizable ways that we see people incorporating their physical spaces into literature that is primarily concerned with something else.

Whether we get forty pages of description, or a couple of lines about a dirty counter, there’s a lot that we can glean from the presence or absence of physical place. What’s more, location is critical for essentially all storytelling because we necessarily exist and occupy space. Setting is essential, and how we stage that setting is equally essential for developing a fuller understanding of characters and by extension, ourselves.

So What About Film? 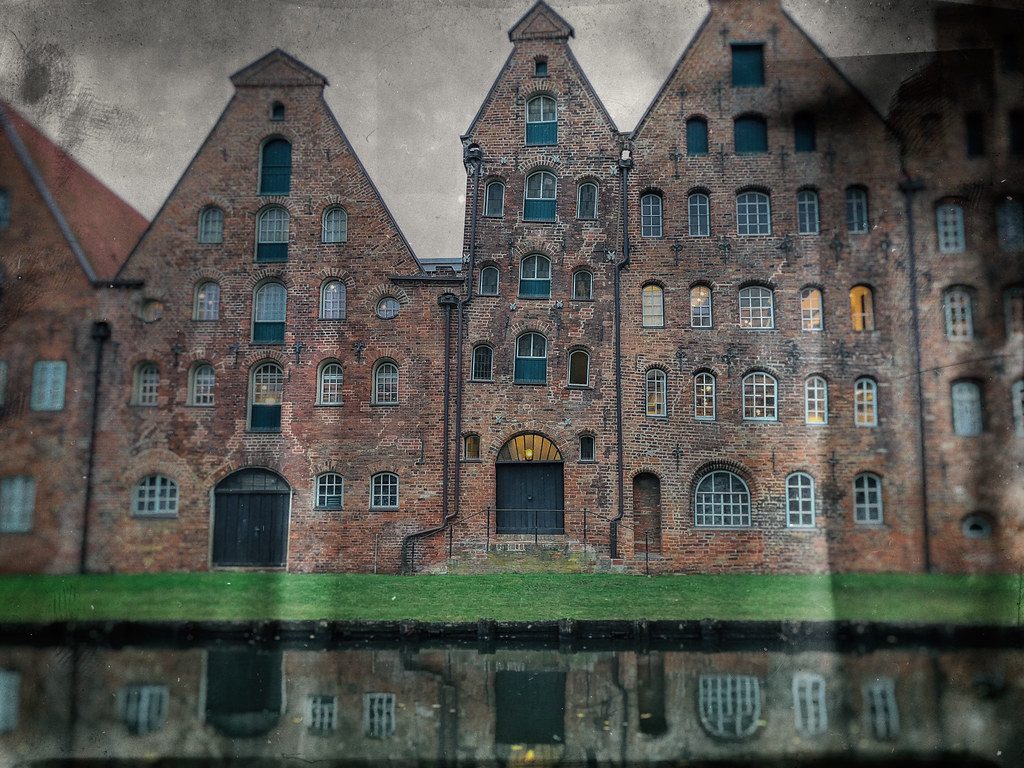 Film is, in many ways, an evolution of literature. For the sake of discussing architecture and our relationship with it, film is uniquely situated because of how visual it is. Film can incorporate all kinds of different architectural elements, and in doing so, all sorts of different feelings and situations and evocative aspects that might be closed off to literature.

Set building is one way to directly control those emotive parts film, for example. Without being constrained by what actually exists, directors are able to shape and distort ‘architecture’ for a variety of effects. Maybe it’s building out a room that doesn’t exist elsewhere, painting the walls a color that can’t be found in most hotels, or having incredibly low ceilings. On the other end, it could be a complete switch up, an inventive reimagination of places that no longer exist.

Think Cleopatra (1963) and the grand Roman Forum, or Nosferatu’s (1922) warped and unreal winding streets. For a sci-fi example of imagined futures, both the original Bladerunner (1982) and Bladerunner 2049 (2017) are standouts for their imagining of a futuristic landscape where old husks of present day civilization and neo-noir cityscapes co-exist, jutting skyward and perpetually darkened or covered in a haze. 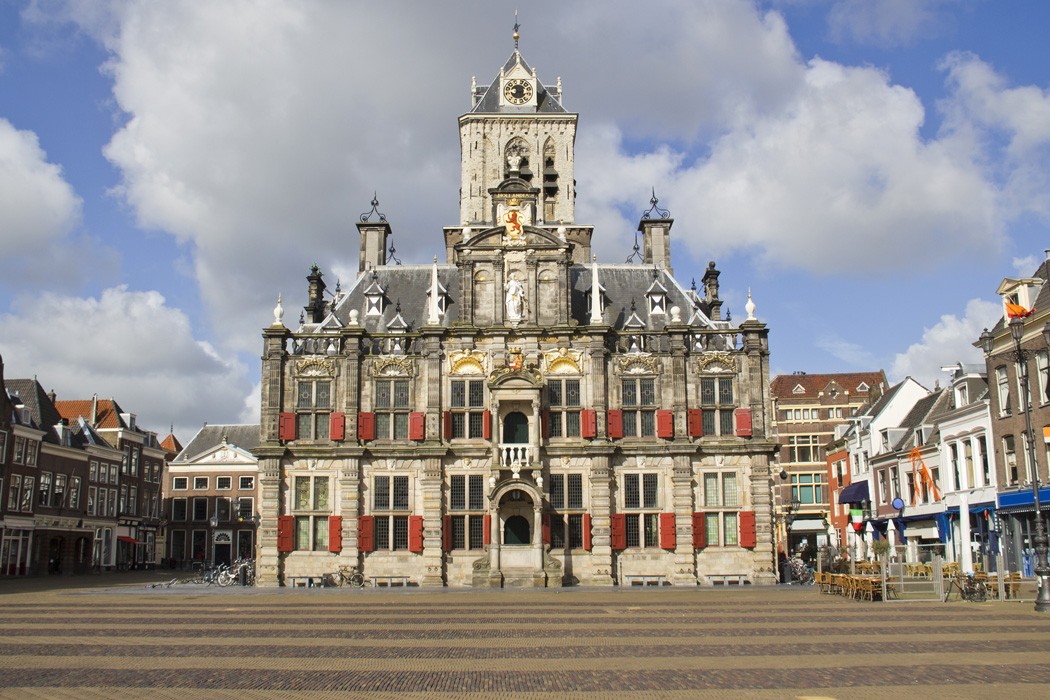 In each of these examples, the entire mood of the film is dictated by or complemented by the architecture that serves as a backdrop to the story. It’s not difficult to imagine how strange and uncomfortable these movies would be if they existed in a setting that failed to fit their tone. If Nosferatu took place on the plain streets of New York, or if Bladerunner was constantly bathed in sunlight, something would feel off. Place is an imperative. Architecture is key to developing place, and in that line, it means architecture is in part directly responsible for how we think and feel about our experiences.

When it comes to film, of course, choosing or designing a location is obviously intentional. Directors can manipulate a viewers experience and they don’t have to concern themselves with the reality of the structures they create. So, what about the practical counterpart? What about real life architecture?

How We Build Ourselves Up 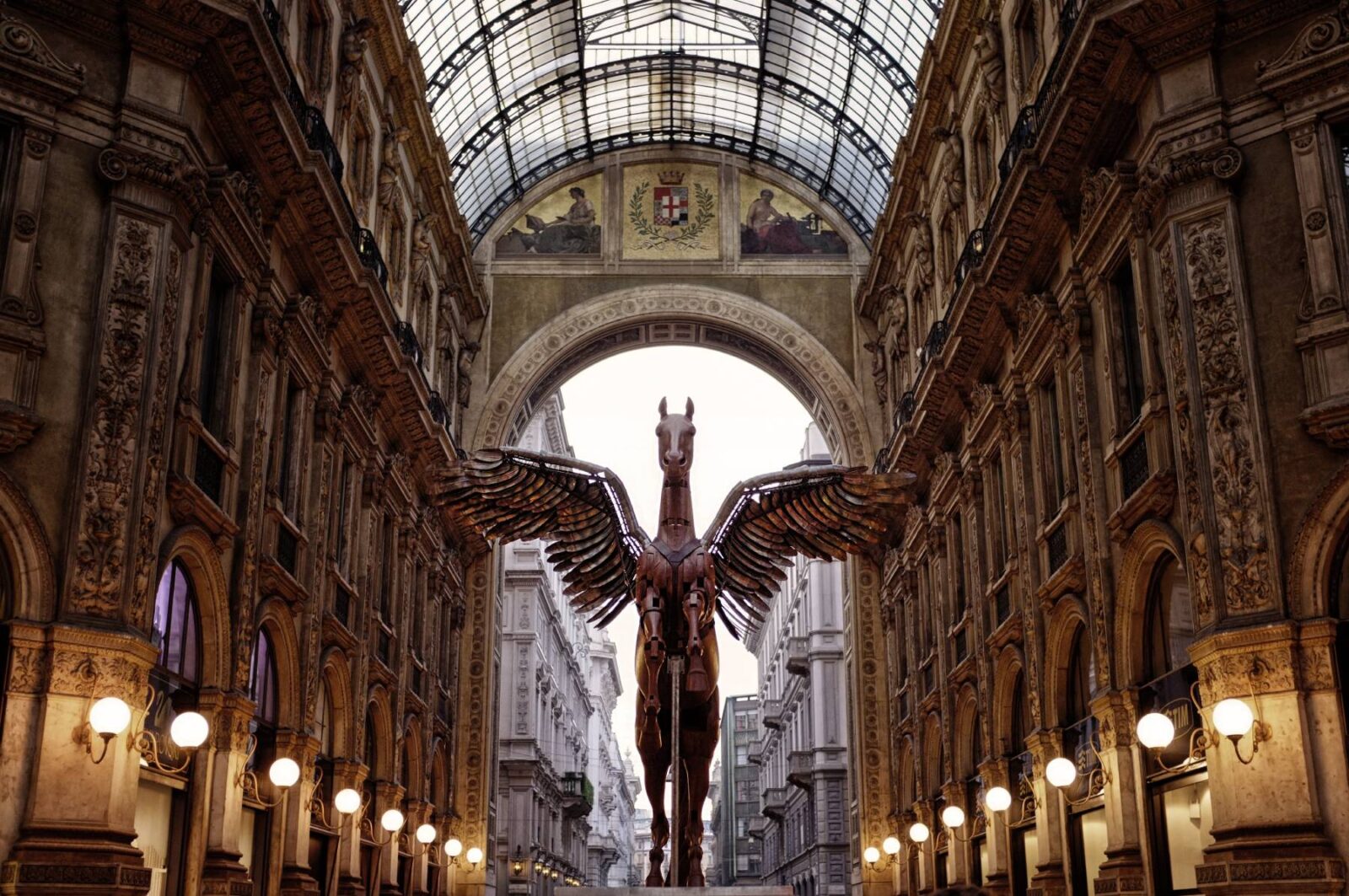 Real world building is more restrictive, and we’re reintroduced to the effects of neglecting or omitting certain aspects. We can point to more obvious examples of how architecture and design are tied to purpose. Crematorium Siesegem is notable for its somber, stark, and intensely contemplative design where light and shadow, the building materials, and overall presentation are meant to inspire tranquility and acceptance.

But we don’t spend most of our days in funerary buildings designed by famous Dutch architect groups or well known museums in Spain. The majority of our interaction with architecture is mundane, like office buildings, hospitals, neighborhoods, apartment complexes, city streets, and so on. Still, in the absence of what might be called artistic architecture, we relate to these places intensely. What film and literature show us is that our range of interactions in relation to place are deeply rooted facets of the human experience.

For the United States, malls and suburbs are a peak example of commonplace structures that are typically devoid of intensely creative influence, while still impressing a great deal of mental positioning on those that live in or near them. When you think of malls, it’s easy to picture the 1980s, the growing concern of urbanization in smaller towns, and the creeping borders of larger cities expanding into suburbia. Most people that grew up before or during the popularity and decline of malls as a significant local feature have a whole set of feelings or potentially experience related to this particular architectural installation.

Returning to film, for a moment, Romero’s Dawn of the Dead (1978) makes use of the Monroeville Mall, both as a set and according to some, a platform for critique of consumer culture. So if something as inane as a mall can evoke such strong memory or cultural commentary, we must also believe that every other structure is capable of the same influence.

We see again and again in film and modern literature a sort of idealized setting. No matter what kind of media you’re consuming, there’s a noticeable idea of place. Run down cities feel a certain way, while disturbingly clean white picket fence neighborhoods feel another way. And those feelings evolve as our cultural experience evolves, and in turn architecture evolves alongside those shifts.

We’ve been building places to live for a long time now, and every time we change, the way we live changes too. If you aren’t part of a community that deals with construction or architecture on a regular basis, however, you probably don’t spend a ton of time considering your surroundings. And yet, the impact architecture has on our lives is incredible and far reaching.

The general malaise of a gloomy and well-lit office, stocked with cubicles and old computers. A sprawl of streets that branch into alleys and neighborhoods in varying states of disarray. Old buildings, new buildings. Each and every one of the places that we frequent has an effect on our experience in that moment, and that may carry into other parts of our lives.To be aware of this influence is not necessarily required, but your life might be richer for it.

Do you have a standout book that features architecture prominently? Maybe you drive by a building every day and feel some kind of way about it. What’s your favorite or least favorite piece of architecture in film? Let us know in the comments!