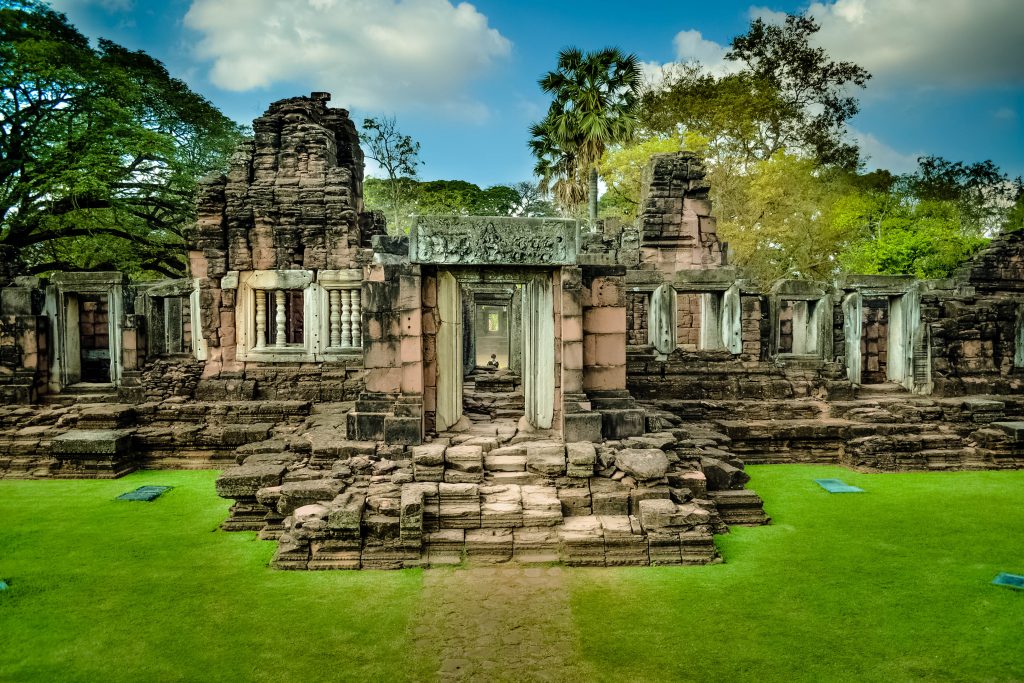 10 Amazing Examples of Nature in Architecture

If you live in an urban area, it is easy to see nature as a distant phenomenon. This is due to design that keeps our environment separate from our living spaces. This isolation has caused ADHD, obesity, and a decline in creativity, according to Whitney Hopkins, a designer in architecture and product design. This has also led to treating climate change as a distant problem.

While architects have the ability to change the status quo today, using nature in architecture is not new. From Roman and Ancient Greek designs to Frank Lloyd Wright’s work, the presence of the natural world has been influencing our surroundings for ages. Modern architects are now using innovative materials and methods to recreate nature in architecture – here are ten amazing examples. 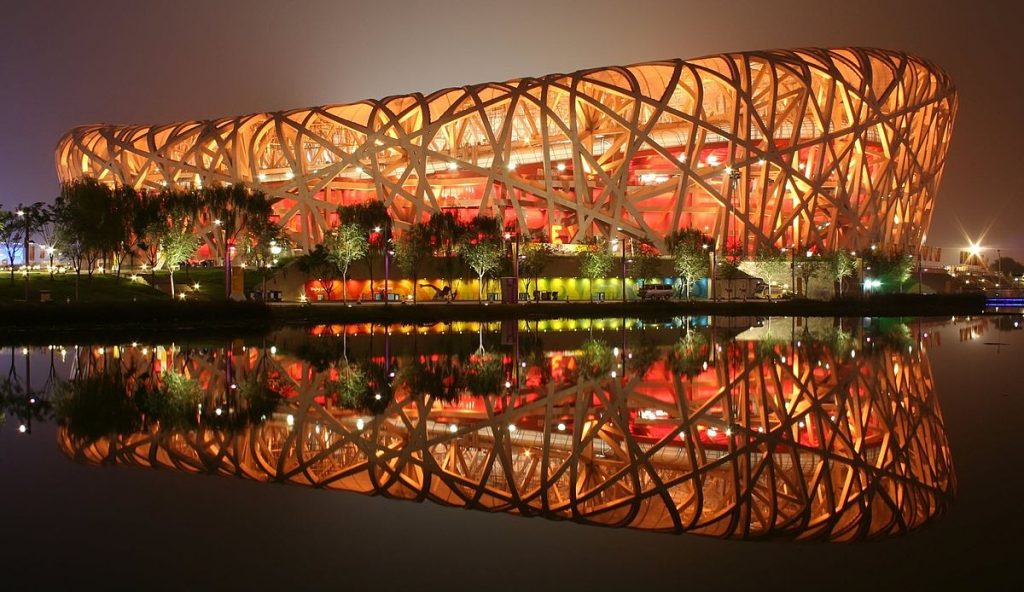 Tagged by the local population as the “Bird’s Nest” before construction was finished, it has a bowl-shaped interior, staircases, and roof. It was built for the 2008 Olympic games by architecture firm Herzog & de Meuron and will hold the winter Olympics in 2022. 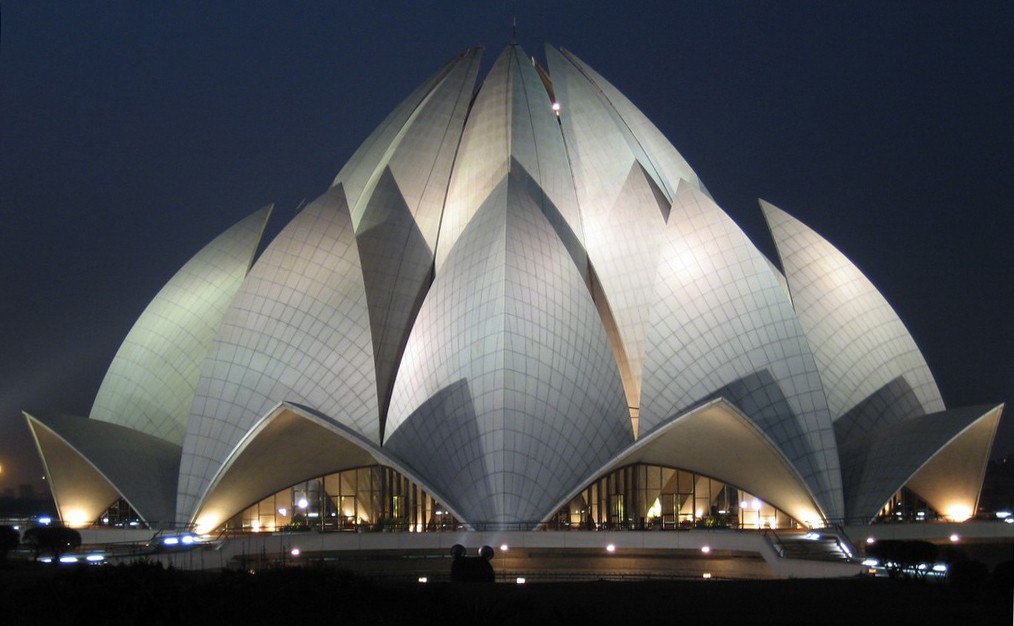 The Lotus Temple in Bahapur, New Delhi was inspired by the lotus flower shape and designed by architect Fariborz Sahba. The temple’s materials are made from the same materials used for the Parthenon in Athens. 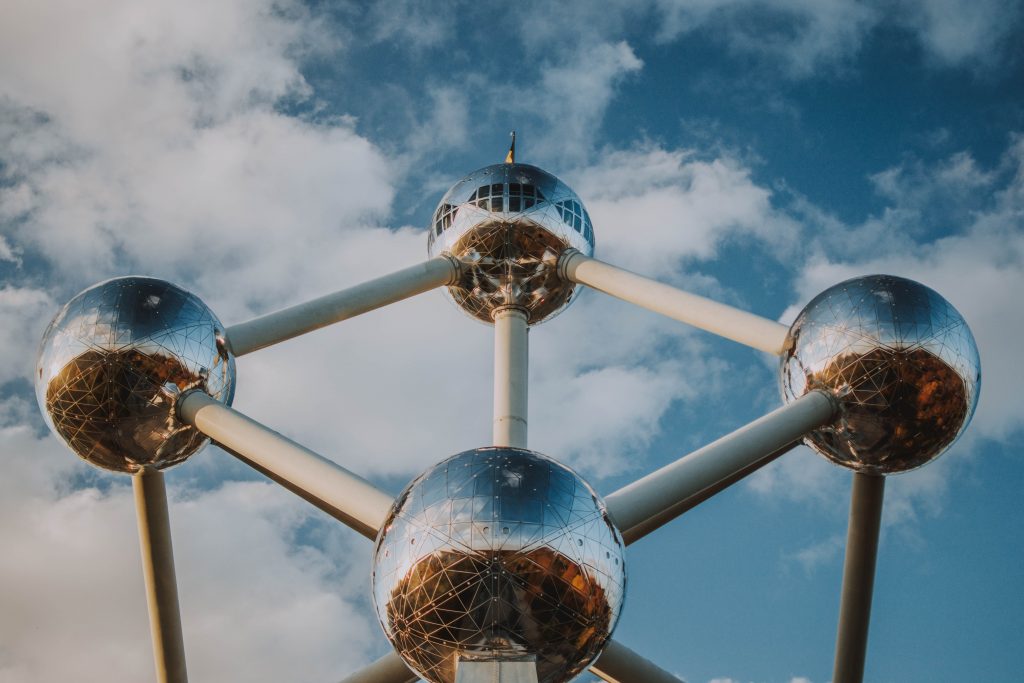 This building emulated an iron crystal that had been magnified 165 billion times to showcase belief in scientific process. Architects André and Jean Polak and engineer André Waterkeyn designed the building for the 1958 World’s Fair. 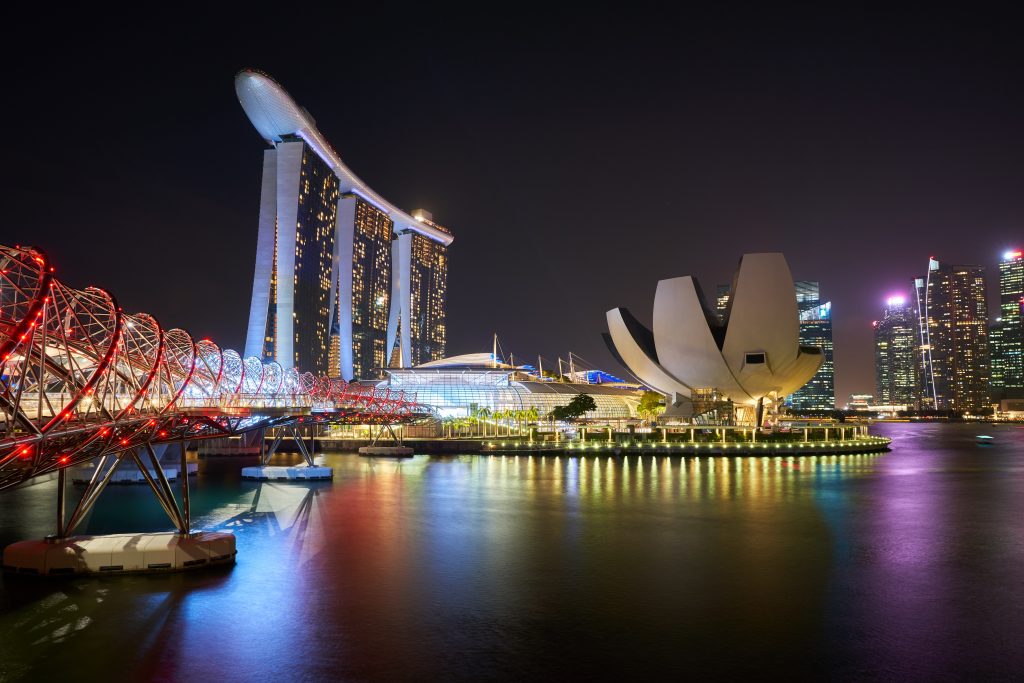 This footbridge was inspired by a DNA molecule’s double helix structure and designed by Australia-based Cox Architecture and Arup and Architects 61 in Singapore. Over 900 feet long, the Helix Bridge deliver amazing views of the skyline from across the bank. 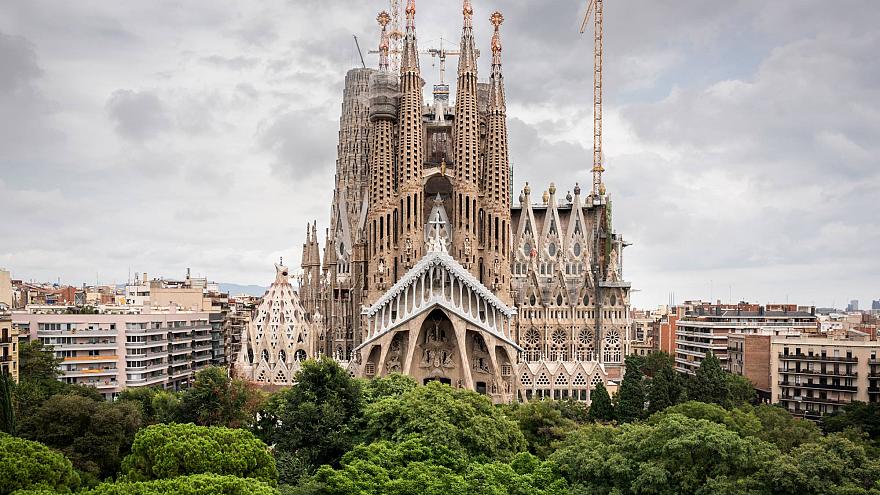 This church is inspired by the canopies of tree trunks, and according to visitors, feels like strolling into a giant forest. 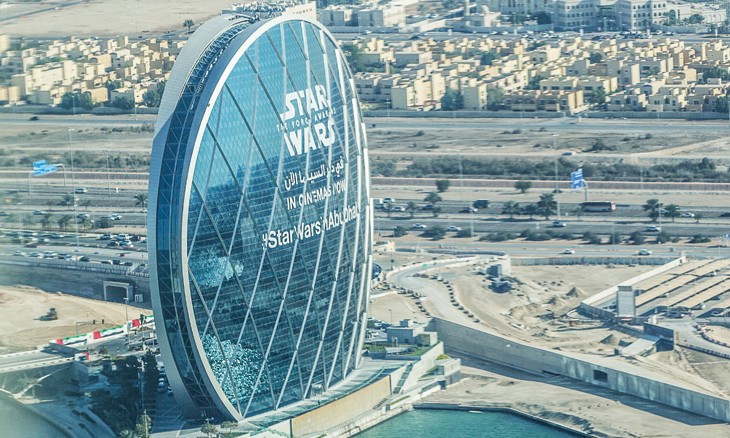 Inspired by the clam shell, Marwan Zgheib and his firm MZ Architects designed a diagrid to make the rounded glass skin of the building. 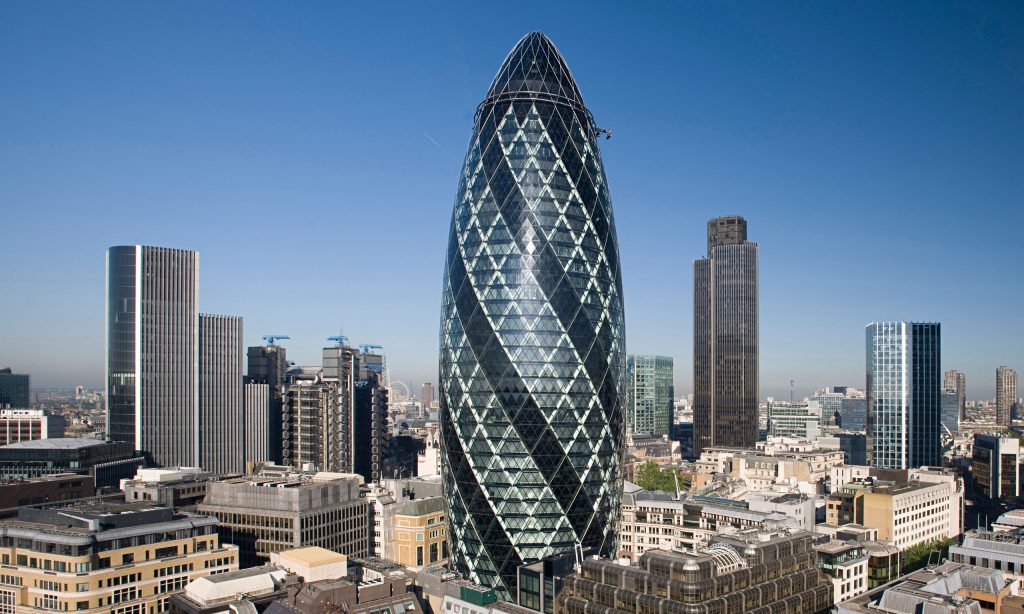 This building was inspired by the Venus’ flower basket sea sponge, but was nicknamed the Gherkin for its similarity to the food. Designed by Norman Foster, the structure filters air to cut down the reliance on air conditioning. 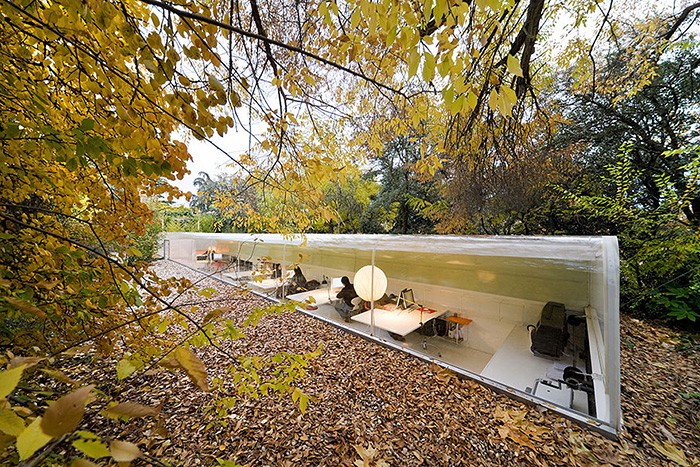 Selgas Cano, an architectural firm, designed their own urban offices with nature in mind. Immersed into the ground, arched glass gives the office a view into the woods that surround them. 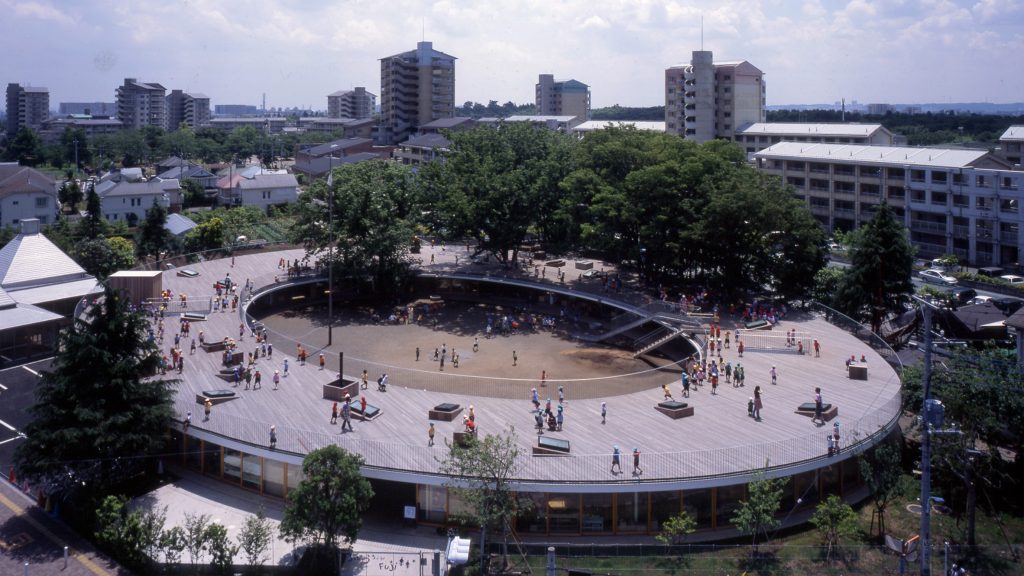 The Fuji Kindergarten encircles a tree, and children can play on the structure, view the tree from the classrooms, or just scale the tree itself. The structure was designed by Yui and Takaharu Tezuka. With large amounts of glass and open air, the presence of nature flows effortlessly through the school. 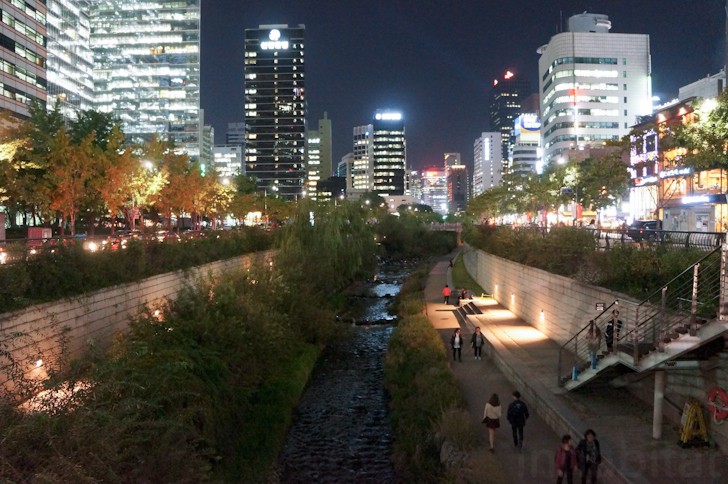 Initially a polluted river hidden on purpose by a 8 lane highway, the Cheonggyecheon river was revitalized in 2003 by the local mayor. This program reinvigorated businesses, helped with traffic, and improved citizen morale with beautiful green space and brought them closer to this significant landmark.

Portella’s steel windows and steel doors are made from 100% recyclable, durable steel. We are dedicated to being as eco-friendly a company as we can be and are in the process of becoming members of the US Green Building Council.