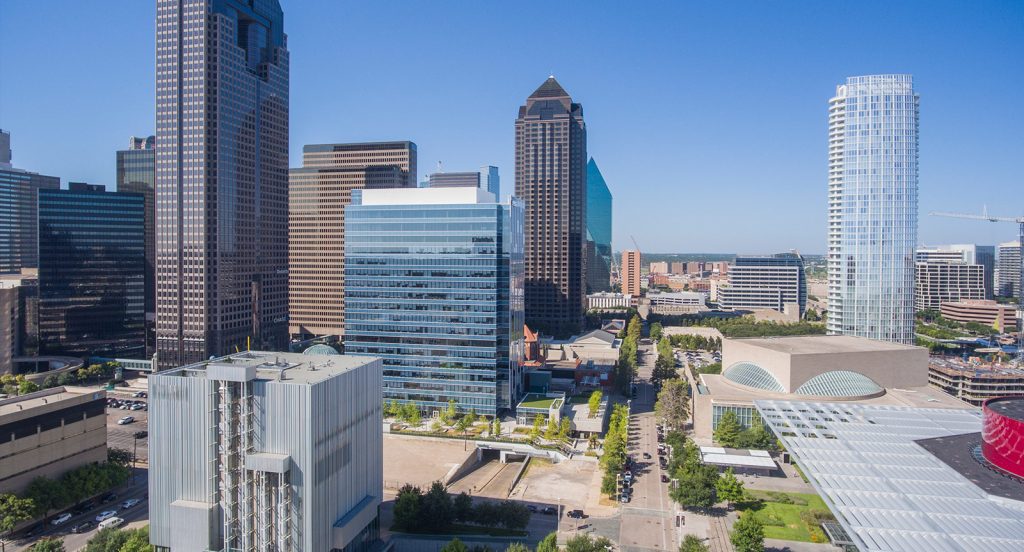 The state of Texas has an incredibly rich history. It is packed full of architectural marvels that convey the times, changes, and evolution of the state.

In the city of Dallas, you’ll find prime examples of classic design principals from eras all across the board. Whether you’re an architect yourself, or just looking to appreciate some beautiful buildings, you’re sure to leave the city feeling impressed.

In this post, we’ll fill you in on the architectural history of the city’s buildings and highlight some of the places that you won’t want to miss. 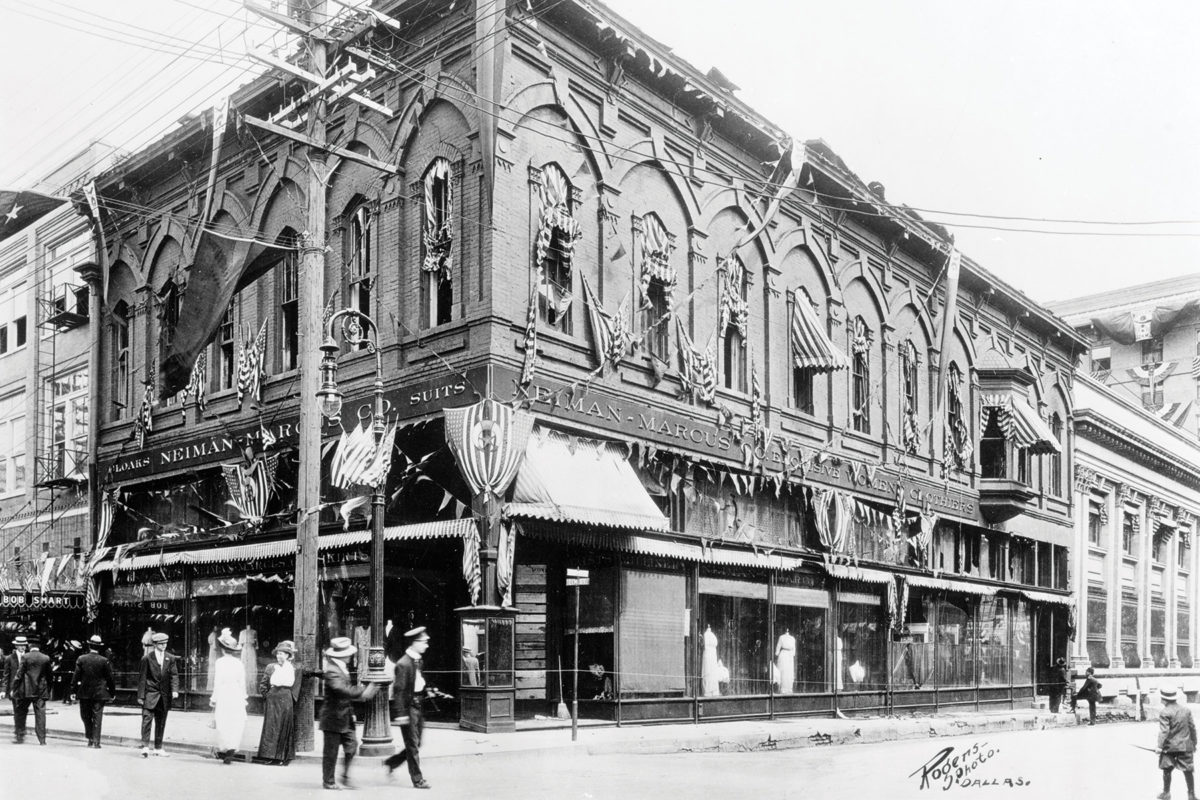 Where It All Began

The large majority of the first buildings to be resurrected in Dallas were destroyed in a fire that broke out in the year 1860. This fire wiped out most of the early “business district” and the town was mostly rebuilt.

Although, Dallas wasn’t officially declared a city until the year 1871, after the initial reconstruction period following the fire.

When the industrial revolution hit, Dallas was conveniently located along the railway, which caused a boom in population and drastically altered the way that buildings were designed.

The need for innovation combined with the availability of new materials lead to a wave of creativity that is evident through the city and its buildings to this day. 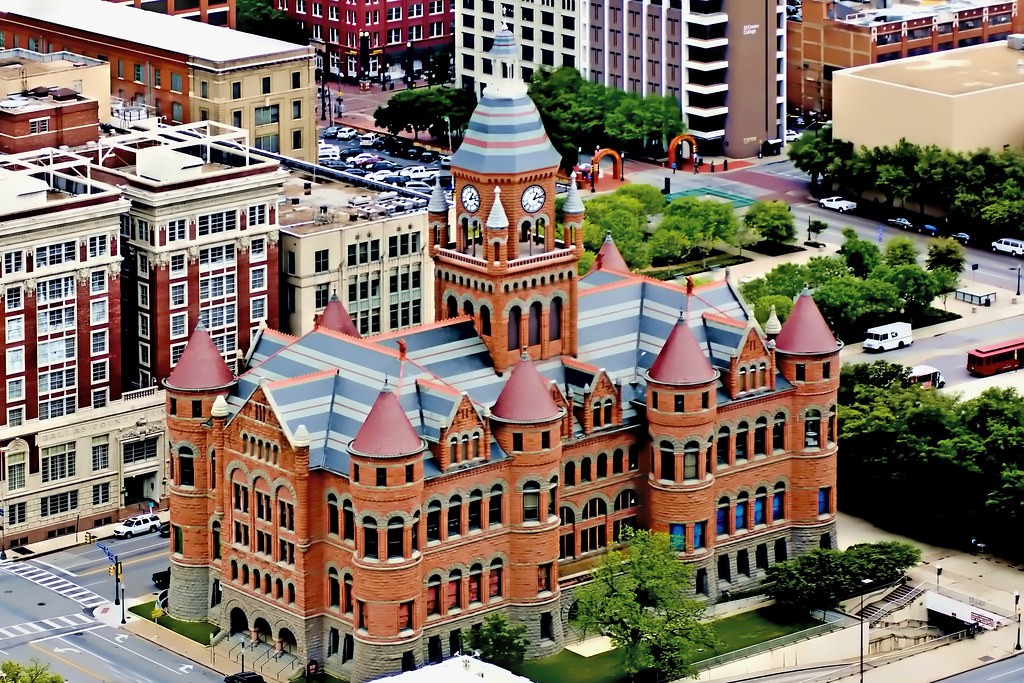 This building has been catching the eyes of those passing by since it first came to be. At first glance, it appears to be gothic in its style, and is reminiscent of a medieval castle… But then the eye is drawn to the warm, red sandstone that was used in its construction.

The combination of the design principles, materials used, and thoughtfully placed accents throughout the structure make it a true architectural marvel.

Surely, if you approached this courthouse back in the day its large, castle-like stature would have instilled quite a bit of intimidation.

However, the way that the architects contrasted the intensity of the building with warm colors and elegant details ensured that the building would be pleasant to look at for those passing by. 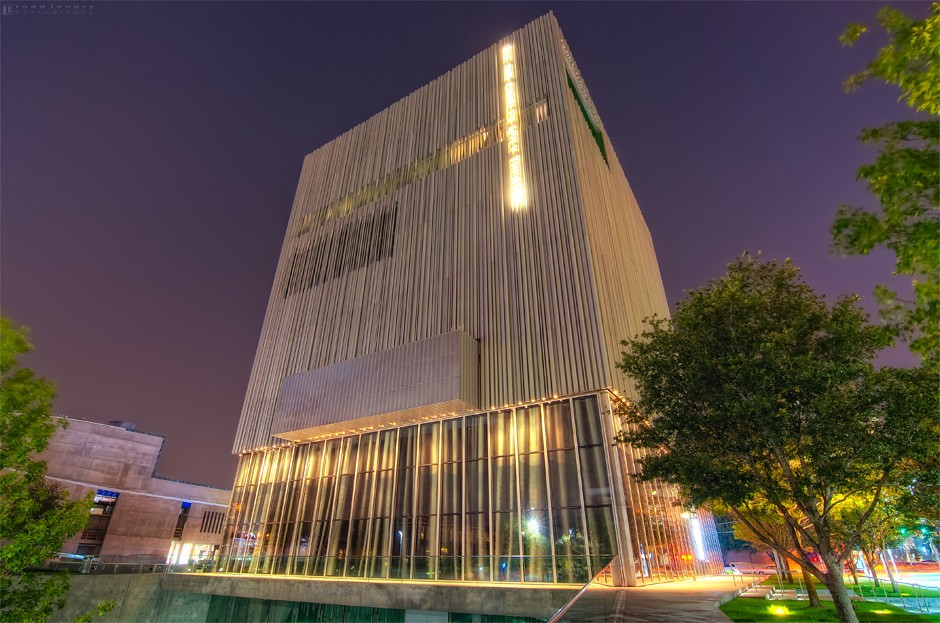 This 2009 building offers a stark contrast to some of the city’s historic buildings. It is likely to be appreciated with those who like clean lines and modern style. It is commonly known as the world’s only “vertical” theatre due to the way that the building is laid out internally.

Once you step inside, you’ll find that the lobby is situated underground! The stage is at street level, surrounded by a delicate encasement of glass – which you can see from outside of the building.

Nestled up in the upper portion of the building, decorated externally by clean, delicate, precise steel lines is the production area. 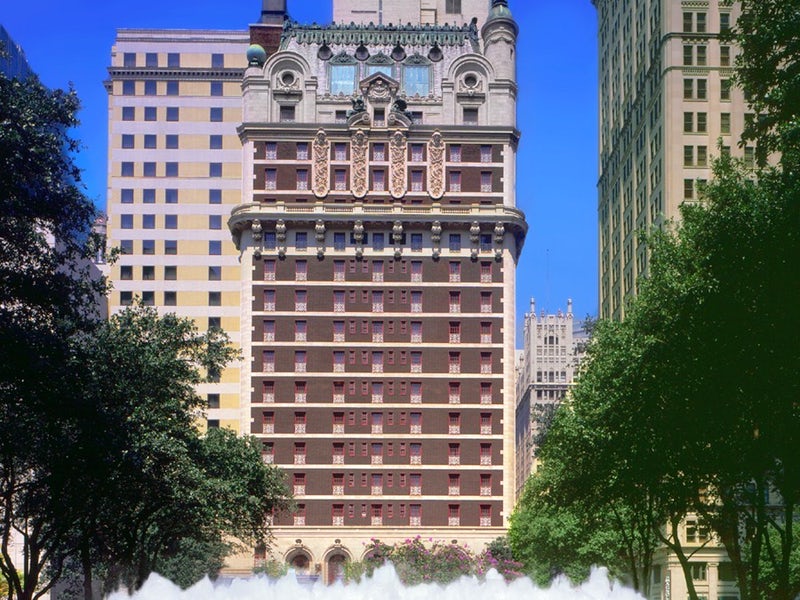 Built in the year 1912, in true Beaux-Arts style, this hotel is a must-see if you’re in the area. It encompasses both Greek revival and neoclassical elements both internally and in the exterior design of the building.

This building was created with elegance in mind, with the goal of it being “the grandest” hotel in the Dallas area. It was the tallest building in the city for quite some time.

At eye level, you’ll find enticing window arches, surrounded by fine accents and little details that allude to the amount of care that went into designing the place. We actually worked with Hotel Adolphus, providing the steel doors and windows that surround the entrance, lobby, and a number of areas on the first level! 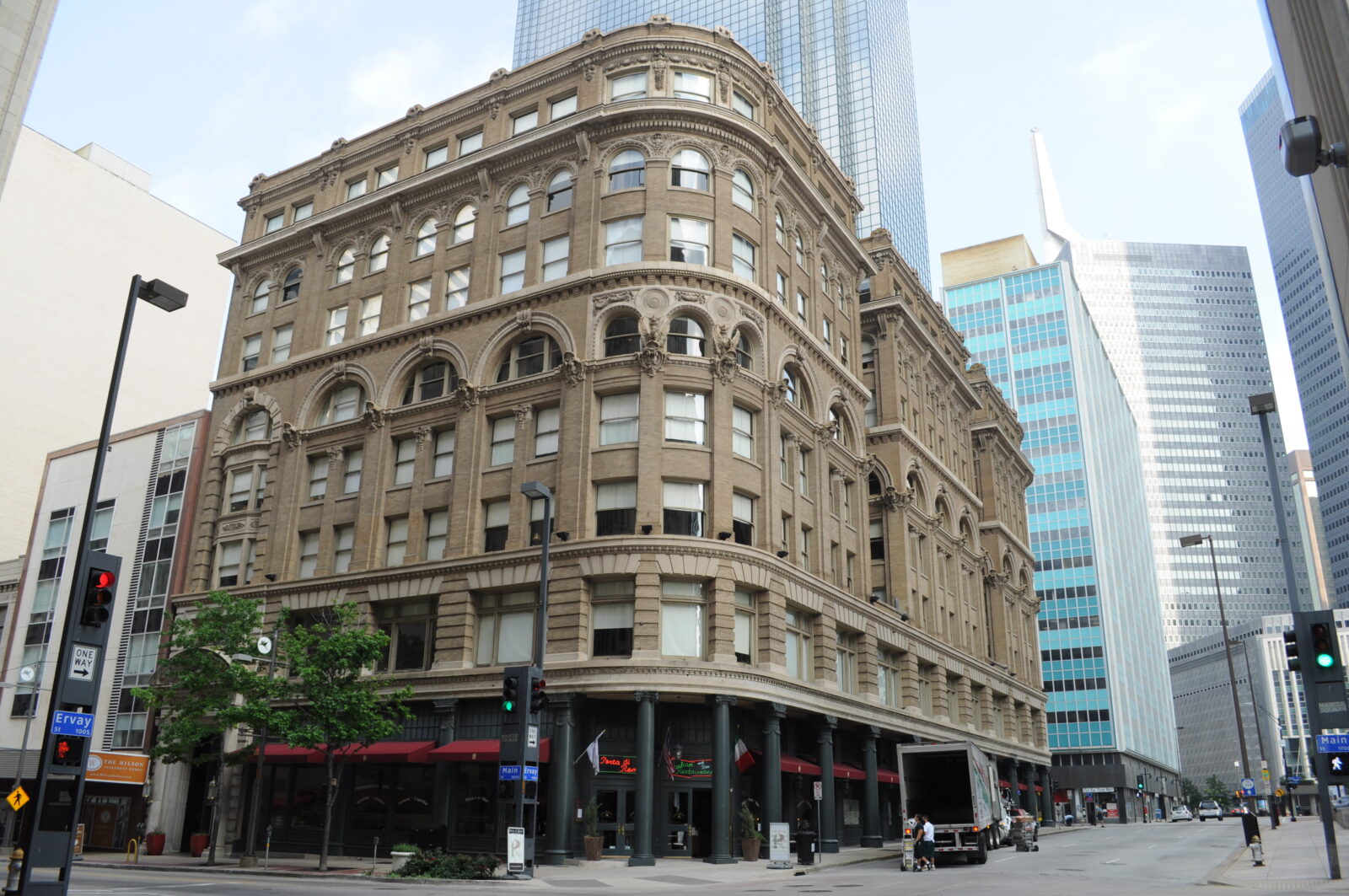 This 12 story, 1904 building proudly claims the corner on which it sits. Its design was inspired by the Palais Garnier building in Paris, France. It is truly a must-see if you’re touring Dallas for its design and architecture.

It has been a staple of the commercial district for many years, and its captivating architecture has led quite a bit of success for the stores and businesses that have called it home. It would be hard to not be curious about what lies inside of a building this beautiful!

It now serves as an apartment complex where people can rent loft style units.

The buildings detail laced, rounded edges perfectly balance out the otherwise square shape of the structure. The small, adornment framed windows throughout add just the right touch of modernism to this otherwise revival style nature of the building.

These Buildings Aren’t The “End All Be All”

In a city as large as Dallas, there are architectural marvels to be found every few blocks. While these buildings serve as an excellent starting point, you may wish to wander off the beaten path a bit. You may just bump into an unknown, hidden gem of a building that’ll inspire your next design.

At Portella, we handcraft steel windows and doors to suit the needs of renovations and building projects across the board. If you’re looking for the perfect fit, we’ve got you covered.