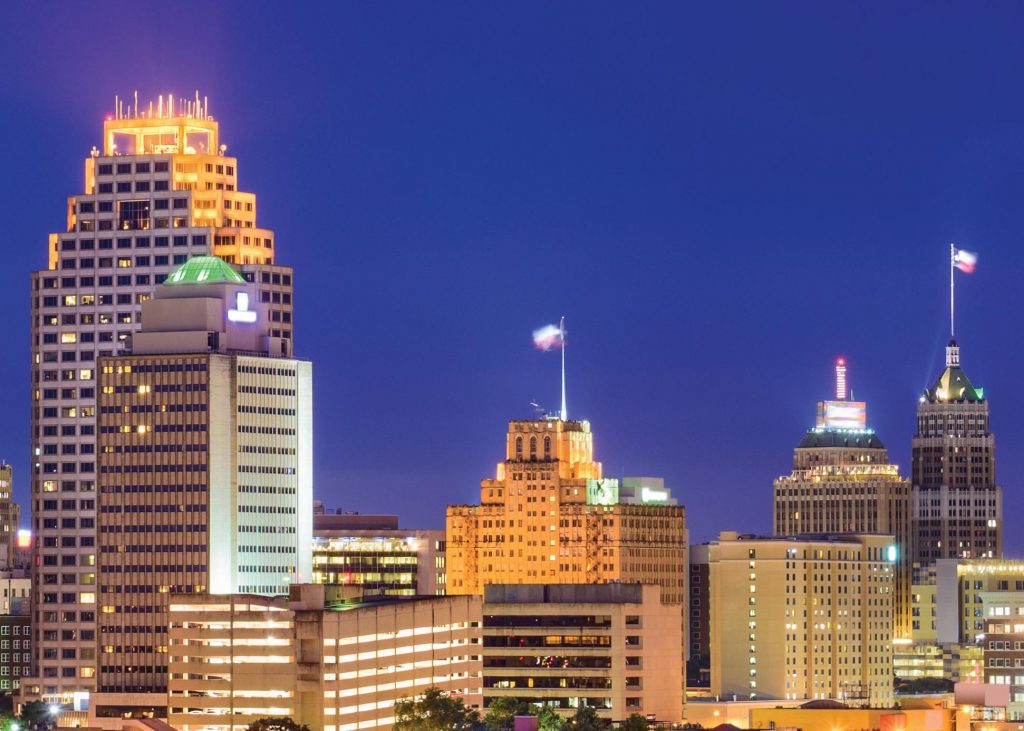 The city of San Antonio is a treasure trove of historical buildings and a melting pot of cultural architectural style. While perusing the streets of this Texas city, you’ll not only find influence from the french builders that once occupied the area but structures that serve as a telltale reminder of the city’s Spanish and Mexican roots.

From 1960 onward, San Antonio experienced quite a bit of economic growth which led to a steady resurrection of new buildings among the old. Due to the somewhat rapid growth, you’ll find great examples of architectural work from just about every decade.

If you find yourself here, your eyes and brain will be in for a treat as you scope out the cities unique style.

In this post, we’ll fill you in on a few of the buildings that you won’t want to miss. 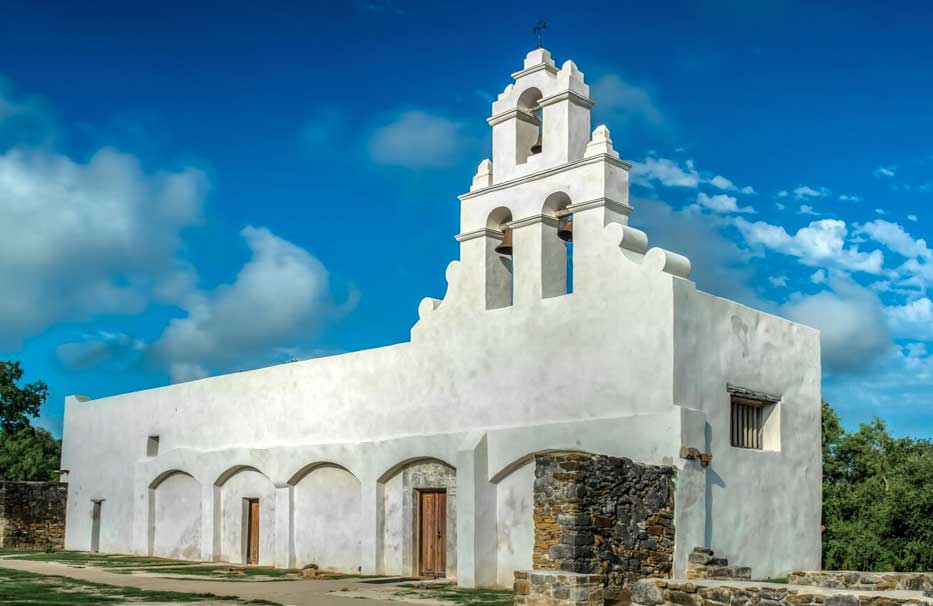 Nestled along the eastern banks of the San Antonio River, Mission San Juan Capistrano has sat since the mid-1700s. The property has evolved over time, and in 1756 the mud and brush chapel was renovated to the design that now graces the property today.

This classic building received a renovation in 2012 to ensure the exterior of the building would remain intact for visitors to enjoy in the coming years.

If you visit, you’ll also get to see the ruins of the unfinished second church from 1780. The indigenous people who built the church, as well as Spanish soldiers and their families are buried there. 3400 people altogether, which we now know thanks to the historic burial records that were uncovered.

“The Taj Mahal” at Randolph Airforce Base 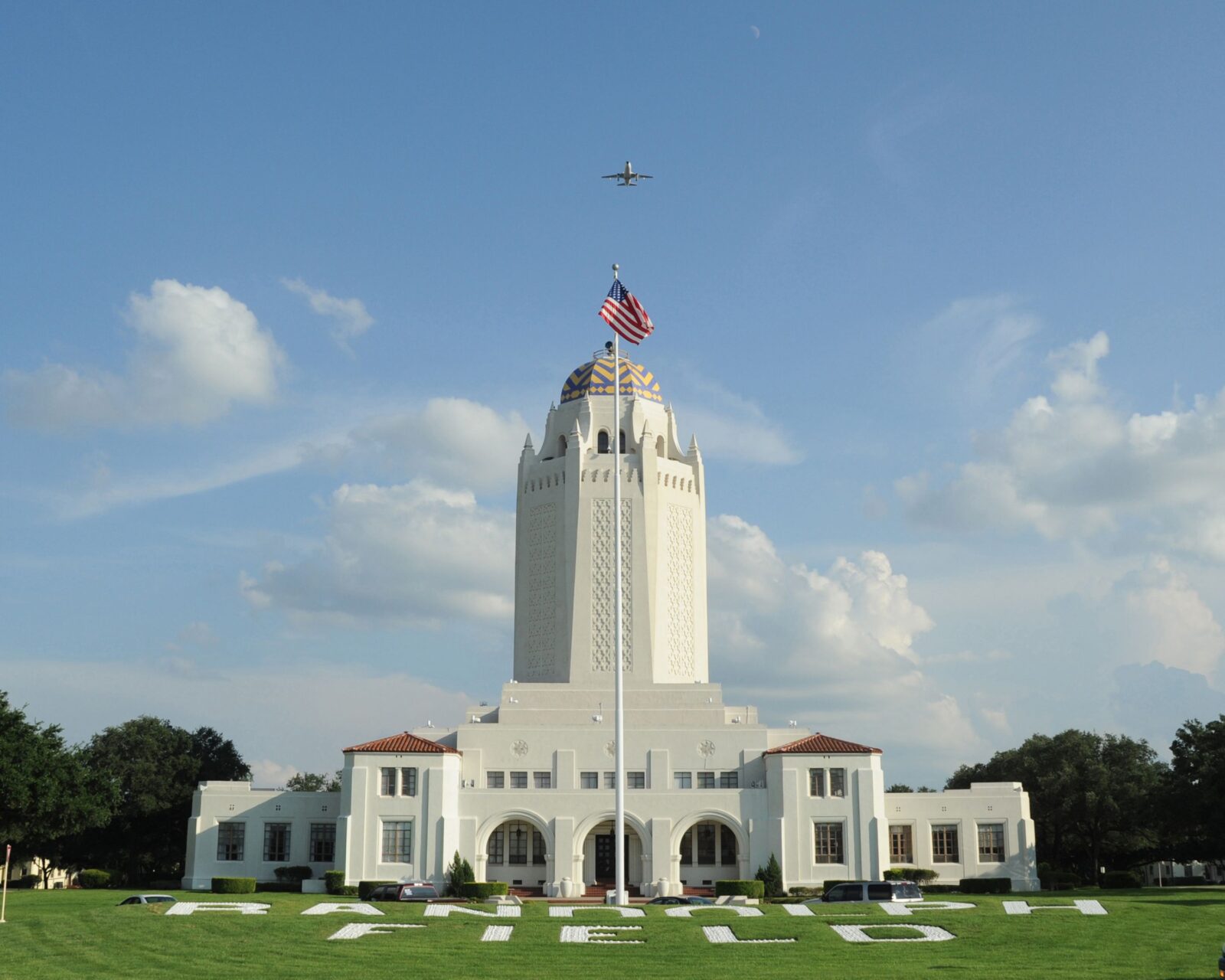 Often referred to by locals as “The Taj”, this 1931 building situated on Randolph Airforce Base is not to be missed. With its front-facing archways and other eye-catching details, this building has captured the attention of both locals and visiting architects for nearly 100 years.

As the name suggests, many find the building to encompass a design style that is similar to that of the Taj Mahal in India.

The first thing that you’ll from a distance is the tower protruding from the center of the building. At first glance, you might think that this was done purely for aesthetic purposes with the way that it brings balance to the building – but in addition to looking great, it also serves a practical function as a water tank.

At the top of the tower, you’ll find an observation deck where you can scope out the rest of the buildings that call this historic air force base home. 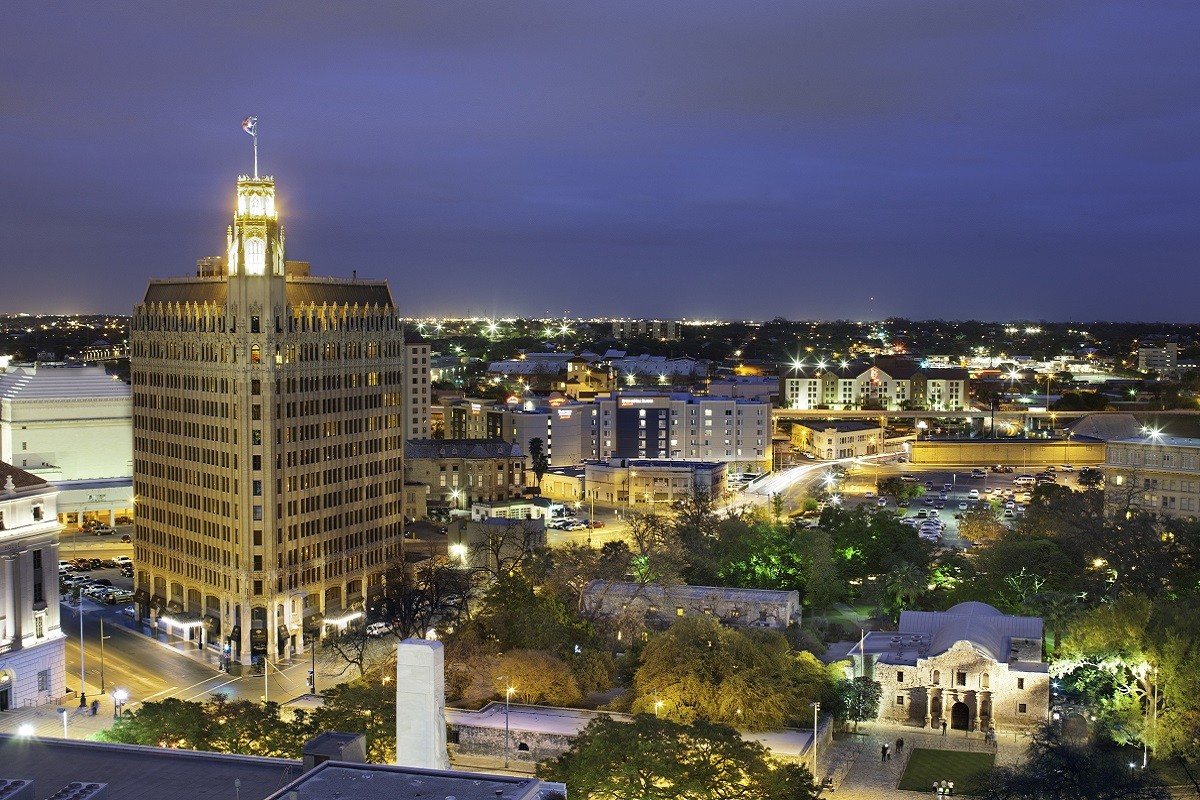 This 1924 hotel was built by famed architect Ralph Cameron. The building was designed in true gothic revival tastes. The buildings 13 stories are adorned with cast iron, eye-catching decorative details and as you might expect from a building of this style – gargoyles!

The entrance is situated on the point of a corner, and the space boasts a unique triangular shape that adds to the visual appeal of the building. 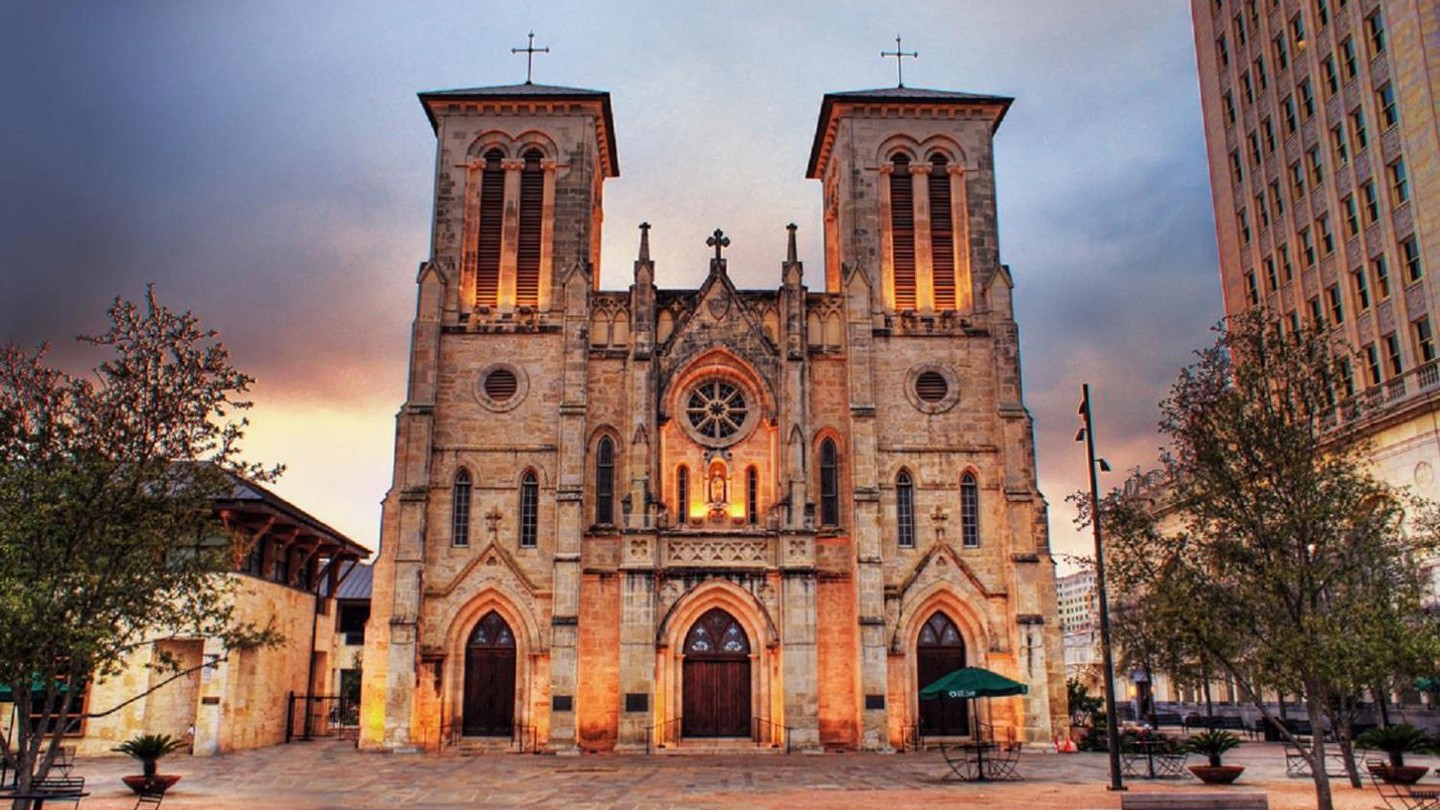 Here we have another building from the 1700s, but with its own unique style and architectural features that make it more than worth its own separate visit. The Cathedral of San Fernando was first set into motion in 1731 in what is now the downtown district of San Antonio.

Your eyes will be treated to a blend of beautiful symmetry and an eclectic mix of design principles due to the renovations that have been made over the years.

The remaining original elements of the building and lightly colored stone pair wonderfully with the gothic revival touches added by the later architects and designers. 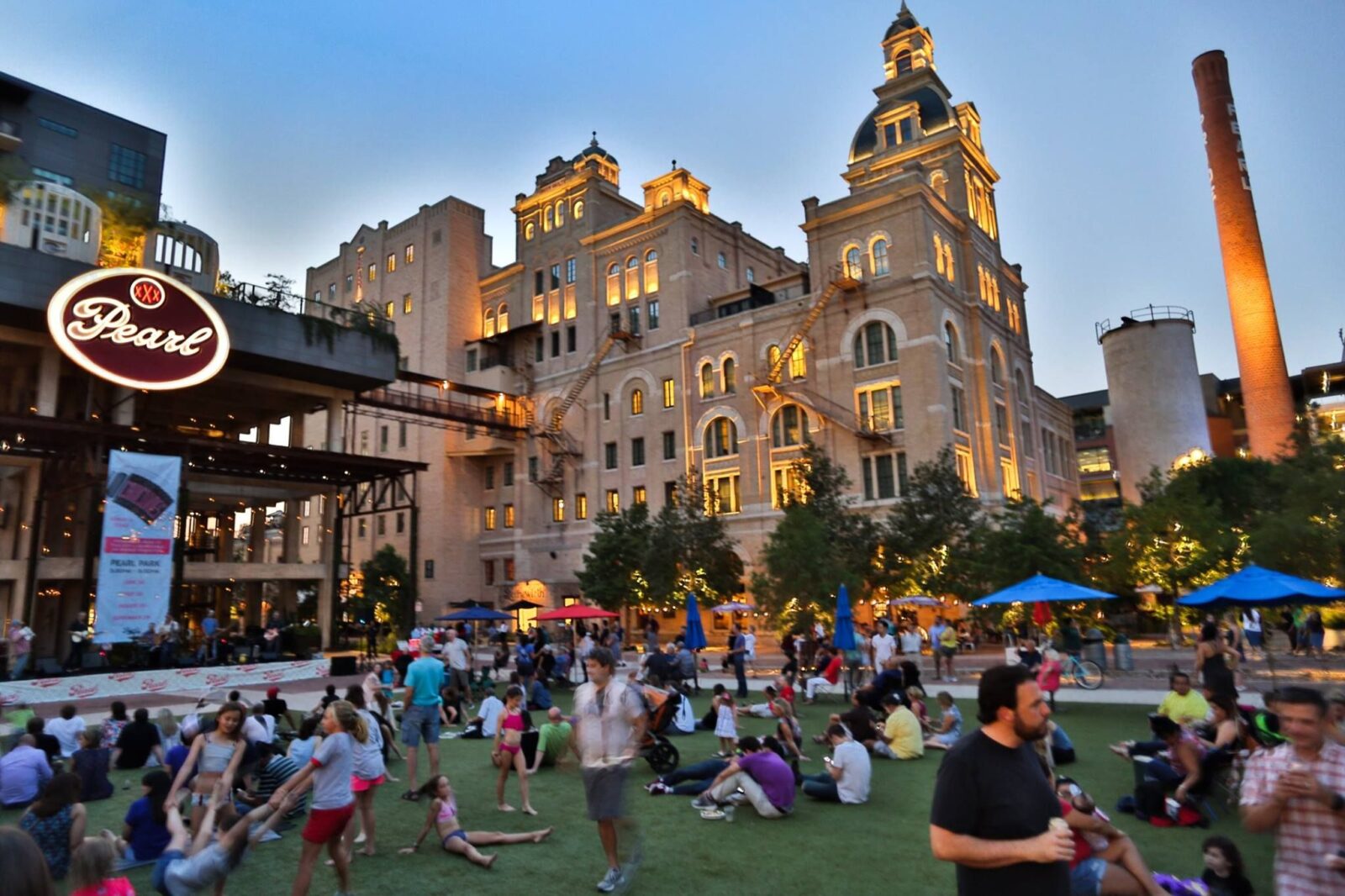 Pearl Brewing Company is a San Antonio staple that has served a variety of functions over the years. The revived 1894 brewhouse offers a stimulating and well-rounded mix of design and architectural styles.

This building’s noteworthy design features exceed the surface and extend into the functionality of the property, too!

Rather than scrapping the old equipment and brew tanks, designers repurposed them to function as collection devices for recycled rainwater. The property also boasts a number of other features designed to encourage sustainability.

While you’re there checking out the building design, you’ll also have the opportunity to try out some amazing local food and drinks, as the property now functions as a complex that houses a variety of local vendors. 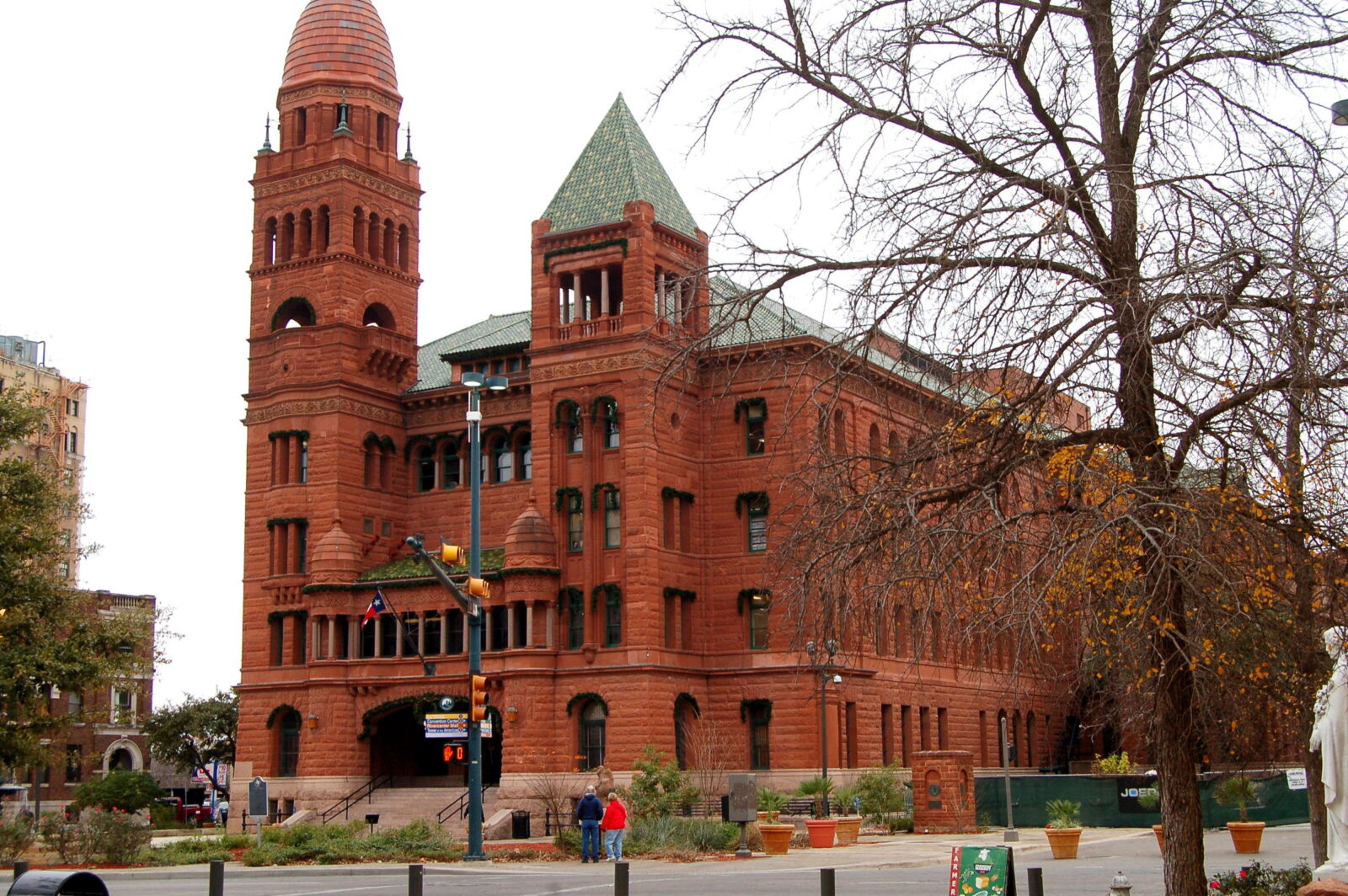 This red sandstone building, designed by J. Riley Gordon will be a treat for those who have an appreciation for Romanesque Revival design principles. Construction of the building was finished in the year 1896.

The colonnades situated overhead of the building’s entrance capture the eye, where the viewer’s attention is then lead further upwards by an array of details and thoughtfully crafted archways and terraces.

Eventually, the eyes reach the main tower, where the dome-shaped peak contrasts against the clouds and sky, looking down on one of the building’s lower peaks.

The Bexar County Courthouse is conveniently situated near an assortment of other historical buildings worth checking out.

The number of architectural sights and design marvels far exceed what has been included on this list. San Antonio is sure to leave you feeling inspired and intrigued by its interesting mix of styles and broad range of cultural influence.

Don’t be afraid to ventured off the beaten path!

There are plenty of other discoveries waiting to be had when it comes to the noteworthy places that exist throughout the city.