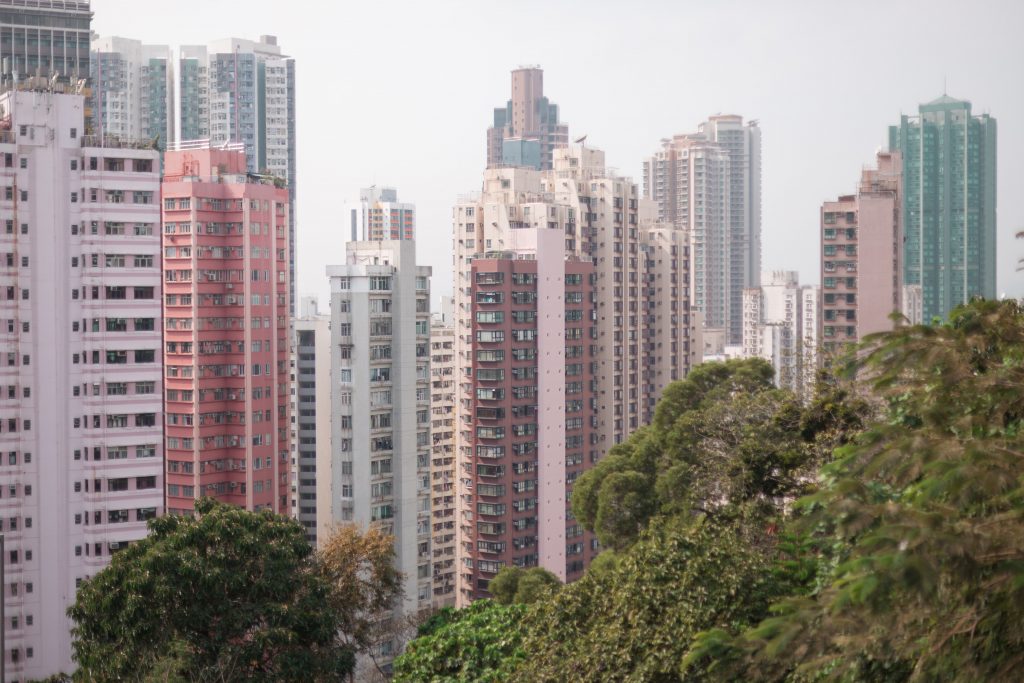 Most people have some sort of idea of what they prefer in a living environment or are at least on their way to figuring that out for themselves.

Some relish in the action and liveliness of Urban environments. To them, the noises of the street are like a symphony filled with culture and connection.

On the other side of the spectrum, you have people that prefer the quiet of the country. The stillness that blankets the air allows for a different kind of music. The songs of the wind and the undiluted sound of rain.

Others prefer something in the middle – but the one thing that stands constant is that in today’s world we have the option to choose.

What if we didn’t?

By the year 2050, it’s predicted that the number of people living in urban environments will have doubled. Most of these areas are already struggling to accommodate their current populations. As communities progress and populations continue to grow, there’s a lot to be considered.

Do we keep building higher and higher into the sky?

Do we expand the borders of urban environments and push into valuable agricultural land that could end up being crucial as we move toward living more sustainable lives?

Read on as we explore those questions and more. 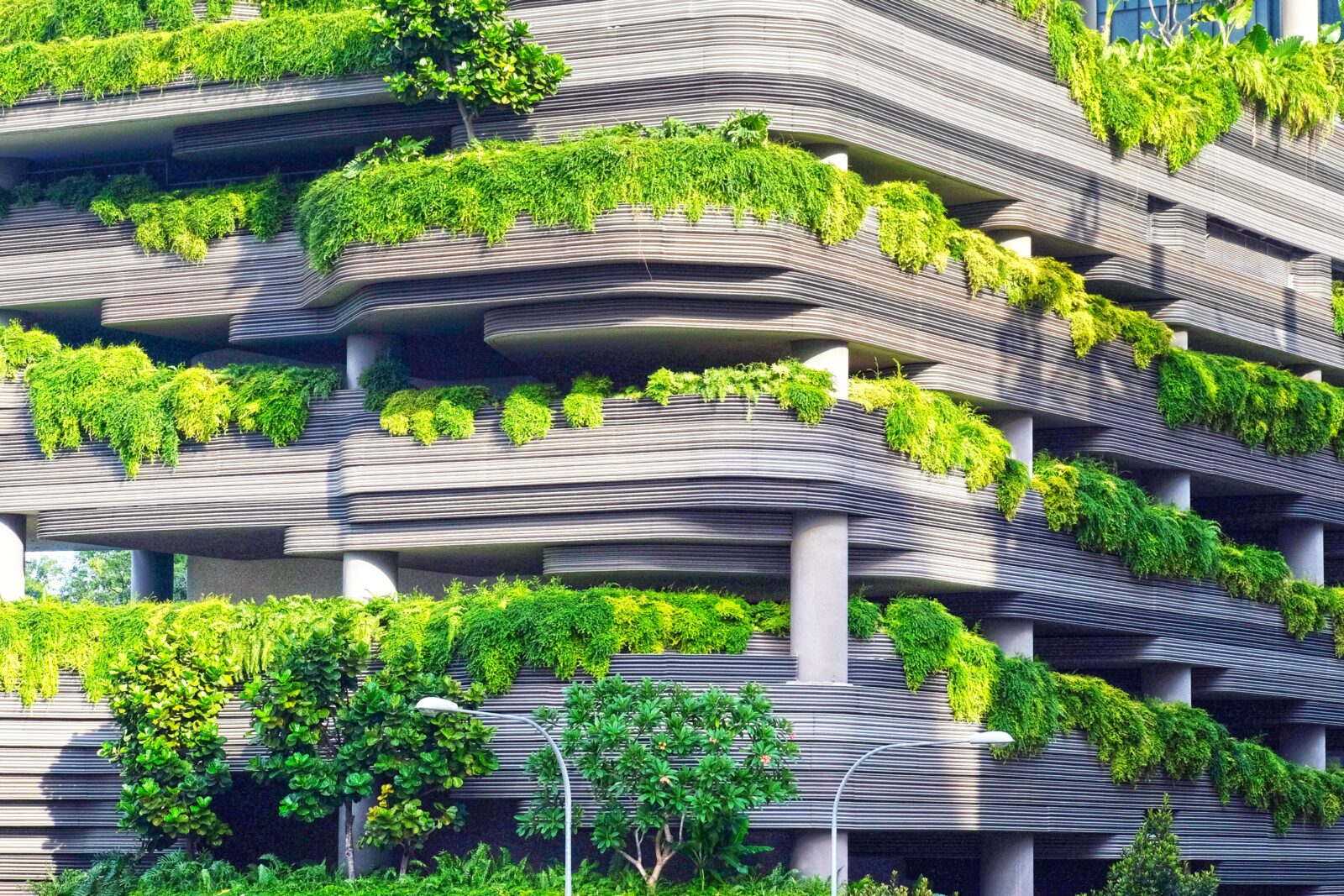 Most would agree that there’s a right and wrong way to work with the need for urban expansion, and they would be right. Moving toward increased density in an environmentally conscious way requires levels of innovation that are unparalleled when compared to anything ever required of architects in the past.

To mitigate the risk and potential pitfalls that we touch on below, buildings need to be multifaceted in their purpose. They need to not only house people and businesses but actively contribute to increased sustainability. There are a few ways this is presently happening.

In the past, it’s always been more popular to tear down buildings and resurrect new and improved ones in their place. Neglecting to take advantage of salvageable foundations and materials has had a big impact on Co2 emissions.

After water, concrete is the most used material on the planet, and it just so happens to be one of our biggest sources of pollution – coming in just behind coal, oil, and gas. It damages the Earth’s valuable topsoil, traps toxic fuel emissions in our atmosphere, contributes to the worsening of respiratory diseases, contributes to water shortages, and more.

For this reason, when we repurpose older buildings to suit our modern needs, we’re already far ahead of where we would be had we scrapped the whole thing to get a blank slate.

As building materials like “hempcrete”, a concrete replacement made from eco-friendly hemp, and similarly environmentally friendly formulations become more mainstream, this may change – but for now, if we should consider the many alternatives to pouring new foundations when it’s  not imperative.

Filling the Urban Jungle With Green

You’ve probably seen a few vertical gardens around, and you’ll likely be seeing a whole lot more of them. Expanding urban gardening from vacant lots to rooftop terraces and southwest facing exterior walls will be key as we move forward.

Reinvigorating our relationship with nature and its pre-existing technologies will do more for us than any man-made solution ever good. The more that we can incorporate plants into building design, the better.

It will be absolutely necessary for keeping pollution levels from continuing to spike as populations increase.

Working With the Sun

Building too high too often leads to a sort of tunnel effect in urban areas. The streets below and other buildings that are shorter in stature become shroud in the shadow cast by these tall buildings. They, in turn, lose the ability to utilize the natural lighting they would otherwise have available, which wastes quite a bit of electricity – but that’s just the beginning.

Renewable energy sources like solar power will be our saving grace moving forward. They’ll need to phase out and replace fossil fuels in order to support where we are heading as a society, and our building’s designs will have to support this transition.

If we build-up, we’ll need to do so in areas that minimize the risk of obstructing sunlight and maximize the level of sunlight available during peak hours.

Especially if we do end up expanding the urban sprawl outward and into the country lands that we could otherwise use to host solar and wind farms.

It’ll be a balancing act, to say the very least.

The Bank of America Tower – Sustainable Development in Action 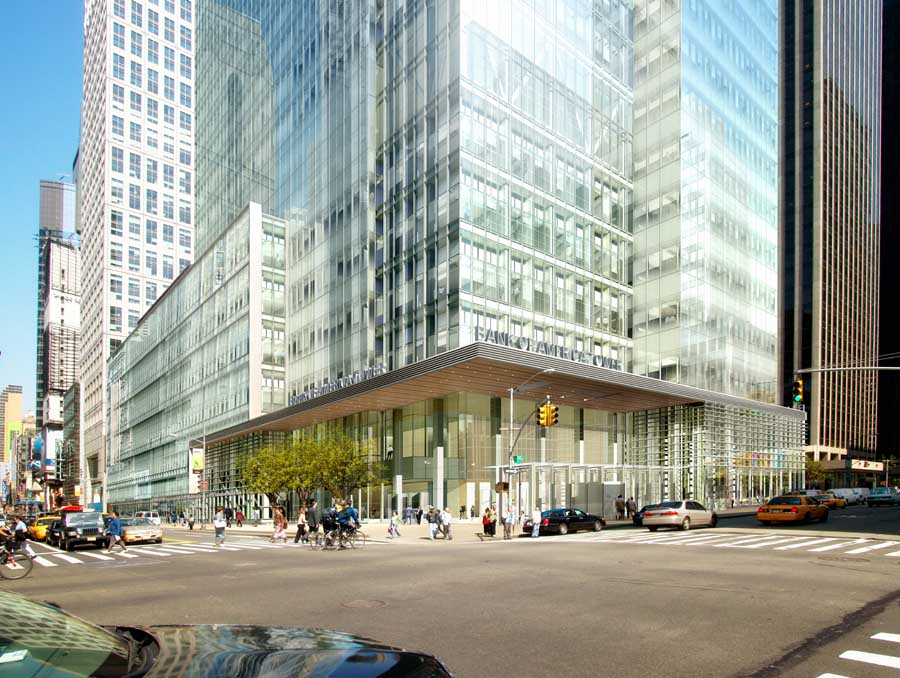 Tucked in the hustle and bustle of New York City, this building is a prime and pioneering example of what we can expect to see more of moving forward. Designed by Architect Rick Cook, aside from its great aesthetics, nothing appears to be out of the ordinary with The Bank of America Tower – but there is much more to it than first meets the eye.

The Bank of America Tower was the first-ever high-rise to earn LEED Platinum certification from the US Green Building Council. It served as ground zero towards the shift in sustainable commercial buildings in dense, urban areas.

While it may not be perfect and has found itself in many a debate over its pitfalls, it is a great start that has provided architects with a foundation to learn from and work with as we move forward.

Will Increased Sustainability in Design Principals Be Enough?

Touching back on the intro paragraph, there are without a doubt some tangled and knotted opinions about how we should be handling the ever-expanding population in urban areas.

Do we sacrifice the habitats of the animals that call undeveloped areas home?

Do we push into areas that were once designated for agricultural use?

Enclose those who prefer the peace of living on the outskirts with a taste of city life by developing around their properties?

Many feel that we won’t really have a choice, but the one thing that is certain is that we will have to find a compromise between building up and building out.

By starting with revamping pre-existing urban infrastructures with modern sustainability practices, we’ll have a great foundation to work with as we work to design buildings that are both environmentally safe and efficient in handling large numbers of people.